The Department of Veterans Affairs has been collecting feedback from its customers for years, but those phone surveys and comments from veterans took on new meaning in the early days of the pandemic.

The Veterans Benefits Administration heard from student veterans earlier this spring, who had expressed concerns about their basic housing allowances as colleges and universities pivoted to virtual instruction.

Veterans receive housing stipends based on where they attend school, and allowances are significantly...

The Department of Veterans Affairs has been collecting feedback from its customers for years, but those phone surveys and comments from veterans took on new meaning in the early days of the pandemic.

The Veterans Benefits Administration heard from student veterans earlier this spring, who had expressed concerns about their basic housing allowances as colleges and universities pivoted to virtual instruction.

Veterans receive housing stipends based on where they attend school, and allowances are significantly smaller for veterans who take online classes.

VA took those concerns to Congress, which drafted legislation giving the department the authority to continue dispersing housing benefits to veterans during the pandemic — even if their classes are technically virtual.

VA has been able to solicit veterans’ feedback, in part, through a longstanding survey program. VA has been using VSignals, a structured series of questions that collect veteran feedback on a particular agency service, over the last five years.

The system pulls information in from these surveys, as well as veterans’ social media posts, open-ended comments and interviews and focus groups. VA added virus-related tags and keywords to the feedback system when the pandemic hit.

VBA recently began using these surveys to collect feedback on its education and decision review services, said Margarita Devlin, VA’s principal deputy undersecretary for benefits. The experiences from the spring have revealed a need to expand.

“Little by little we’re putting into all of our business lines,” she said Tuesday during an event on customer experience produced by the Partnership for Public Service.

“Sometimes you find really surprising things when you’re listening,” Devlin said. “We knew that a lot of our veterans were coming out of the military and not understanding this program and not enrolling in it.”

Veterans eventually learned about the program, which is designed to help veterans prepare for work, school and life after active-duty service, from their friends.

VBA held a listening tour with veterans, servicemembers, contractors, employees and others before the pandemic to talk about the program. Devlin learned the name didn’t resonate with most veterans.

“The surprising thing we found was it wasn’t that the services weren’t great,” she said. “It was that when they heard ‘vocational,’ they thought of a certain kind of career, which was vocational school related and maybe they were college bound. Or maybe they heard the word ‘rehabilitation’ and they thought, ‘Wow that sounds like drug rehab or that sounds like substance abuse rehab. That’s not me.’ And they would immediately tune out.”

In later listening sessions, VBA asked veterans what words or names resonated with them the most, Devlin said. The agency eventually changed the program’s name in June.

Like VA, many agencies reassessed their customer experience strategies and accelerated them during the pandemic, according to the Partnership for Public Service and Accenture Federal Services, which evaluated 11 key government services as part of an annual review.

“Some federal services adjusted successfully for this new world, with customers facing only limited hiccups,” the Partnership said. “For other services, the challenges mounted and led to backlogs and delays, often because technology constraints and reliance on paper-based processes made shifting to remote work difficult.”

Like VA, other agencies have found ways to cobble together feedback from a variety of sources during the pandemic. The Interior Department, for example, collected feedback from multiple online platforms, including Facebook, which revealed challenges in changing reservations on Recreation.gov, the Partnership said.

Despite some recent customer experience success stories across government, the Partnership said it does see some obvious room for improvement. Agencies should next focus on how they can help their customers use government self-services, which have become more important during the pandemic, it said.

“The IRS has focused for years on getting taxpayers to use online services instead of completing tasks in person or by phone, yet customers still called or visited offices to drop off payment checks or perform other tasks they could easily do online,” the Partnership report reads. “So when customers called or visited, representatives walked them through the process of submitting an online payment. The practice has led to a steady decline in the number of people dropping off checks at taxpayer assistance centers.”

VA has also moved in this direction, particularly as it has boosted telehealth services during the pandemic.

Creating easily understandable self-service options and adjusting them to better fit veterans’ needs is a challenge, Devlin said, especially when the workforce is deeply entrenched in its old ways.

“We believe we intrinsically know how to improve customer service,” Devlin said.

The majority of the workforce has at least some personal connection to a veteran, and 60% of the VBA workforce are veterans themselves. The challenge extends to senior leadership as well. To incentive real listening, VBA embedded customer experience metrics into the performance standards for its senior executives.

“They’re very quick to say, ‘I know how to make it better; it should look like this,'” Devlin said. “Part of the challenge for us was demonstrating how doing the different type of listening that you do when you’re taking a true CX approach can inform the process — that you can actually link to operational metrics.” 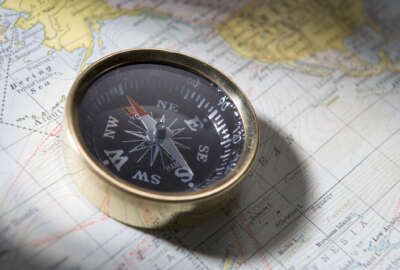