In many cultures, ancient and present-day, primitive and super-modern there are certain annual rituals that get a lot of attention even if they don’t accomplish much, if anything.

It’s sort of like watching the sunrise over Stonehenge. Cool, then what?

One such is the annual budget rite that takes place in Washington every winter. Think of the president as kick-starting the event with Congress as the often ineffective druids. This year, thanks to the costly, record-long 35 day shutdown the presentation of the budget got a late start. No matter — all sides knew their place. First there were leaks, some intentionally, some not and some which were just speculation. Then came the real thing: The presenters, as is past practice, announced it was good, groundbreaking and best for all Americans.

Special interest groups, from Silicon Valley to Wall Street, eyeballed their portion of the budget giving it a thumbs up or down. Members of the federal family, both active and retired civil servants, have learned over the years that budgets are not fun reading. Especially when the document repeats plans to freeze their pay again, make them pay more for their pension benefits even as their Civil Service Retirement System and Federal Employees Retirement System annuities lose value the longer people are retired.

This time last year the same suggestions were made. For a while it looked like some of them might make it but they didn’t. The proposed pay freeze turned into a 1.9 percent pay raise and the cost of living protections in the two different federal retirement programs were untouched. Democrats winning back the House in the midterm elections was hailed by federal postal unions. They see the House majority and its leadership as advocates of government workers and retirees which, compared to the old GOP leadership, is absolutely true.

Rep. Steny Hoyer’s 5th District in Maryland is home to one of the largest concentrations of federal workers and retirees in the Congress. Hoyer has been a master of getting federal pay raises over the objections of presidents year after year, including Bill Clinton and George W. Bush. Hoyer said the Trump administration budget is dead on arrival, and that it’s an insulting “nonstarter” coming on the heels of a “painful and costly 35-day shutdown” that many feds are still feeling financially.

J. David Cox Sr., president of the American Federation of Government Employees, said the budget is a “kick in the teeth” to government workers and that proposed cuts “show a contempt” toward federal workers as well as a “savage disregard” for them and the services they provide.

The nonpartisan National Active and Retired Federal Employees Association blasted the budget’s repeat call for “substantial cuts to earned federal retirement and health benefits. NARFE president Ken Thomas warned that if this administration continues its attack on feds and what they do the nation could be left “without the talent we need to meet our nation’s challenges …” NARFE estimates that reducing or eliminating COLAs could cost the typical CSRS retiree $170,000 over a lifetime, while FERS retirees without COLAs could lose $250,000.

Bottom line: It’s going to be a long year. If Congress repeats its pattern of recent years, appropriations won’t be approved, most efforts will stall and the threat of another shutdown will loom. Previously the thinking was “they” — meaning the politicians — couldn’t be stupid enough to shut down government. And if they were, it surely wouldn’t last through Christmas. Now we know different.

During his reign of power in the 17th century in England, Oliver Cromwell tried to ban festive celebrations, including mince pies and puddings at Christmas, in the name of stamping out gluttony. But the law did not last. 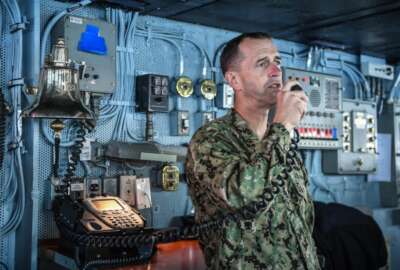 The president’s budget and the civil service