Feds, you were quite popular over the last four years

The end of the year and the end of an administration puts many of us in a reflective mood.

I recall a conversation I had at a family gathering a few years ago. An extended family member who many of us hadn’t met or hadn’t seen in years introduced herself.

“Oh, I work for the government,” she said offhandedly.

The end of the year and the end of an administration puts many of us in a reflective mood.

I recall a conversation I had at a family gathering a few years ago. An extended family member who many of us hadn’t met or hadn’t seen in years introduced herself.

“Oh, I work for the government,” she said offhandedly.

Someone in the group suggested she must work for one of the intelligence agencies. She didn’t.

My dad, a former fed, joined the group to say hi. “And how’s the IRS?” he half-whispered.

Whoops. Cat was out of the bag. It turns out the extended family member worked in tax enforcement. Jokes ensued.

Whether you work for the IRS or not, I’m willing to bet some of you have had a similar conversation like this before. I suppose the thought is that the IRS isn’t popular, and maybe working for the government isn’t either.

These thoughts and conversations aren’t unique to the last four years, but federal employees were part of the spotlight in a big way during the Trump presidency. Like it or not, you and your agencies were often put in the spotlight.

Like during that 35-day partial government shutdown, the longest one in U.S. history.

Or with the president’s payroll tax deferral, which few companies are using, but the federal government has made mandatory for most of its own employees and military members.

Hopefully, members of the public learned a thing or two about what you all do every day. At the very least, they probably got a quick crash course on the Hatch Act or learned what an inspector general does.

Maybe they got some clarity on what exactly a special counsel is and why it’s different from the Office of Special Counsel. Yes, there’s one of those too.

Maybe they learned about the two reasonably obscure entities within the Agriculture Department, which provide critical research and grant-making support but got picked up and moved to Kansas City last year.

The average member of the public probably had no idea who the Postmaster General was, say, nine years ago. Today, I’m willing to bet your neighbor next door could tell you it’s Louis DeJoy.

Three months ago, that same neighbor had probably never heard of the General Services Administration. Ask that neighbor what GSA does today. The answer may be interesting.

And for my nervous extended family member at the IRS, maybe the public learned that her agency has been underfunded for years, prompting a few glitches in sending out those pandemic stimulus checks earlier this year.

My point is that you, as feds, were quite popular topics of discussion over the last four years. In a few cases, maybe all the attention and drama produced a few decent outcomes.

Federal unions argued the public learned more about who federal employees are and what they do because of that 35-day government shutdown.

The ordeal certainly put pressure on Congress to reverse course on the president’s already-implemented pay freeze and give feds a retroactive raise instead.

(It took a while to get there, but it did happen).

The longest lapse in U.S. history forced Congress to write new laws surrounding shutdown pay for feds. Furloughed employees will get back-pay after future government shutdowns now. Before, it was up to Congress to authorize it for each lapse in appropriations.

Think about how Congress, after more than a decade of trying, managed to score paid parental leave benefits for federal employees. When it came time to negotiate over the annual defense policy bill, House Democrats struck a deal with the White House: We’ll give you a Space Force if you give us paid parental leave.

It worked. Congress rushed to draft the new policy — and yes, accidentally left out tens of thousands of federal employees from coverage in the process — but the program went live in October.

Congress will eventually correct its mistakes from the last year with this year’s annual defense policy, whenever it becomes law.

Of course, there’s a political calculus to all of this, and that calculus may change in the next administration with new leaders in charge. There will be more seemingly small and not-so-minor scandals; it happens in every administration.

But hey, if your next-door neighbor learned a little more about the quirks of government — and what makes your job stressful, chaotic, interesting and (hopefully!) fulfilling — it’s a good thing. 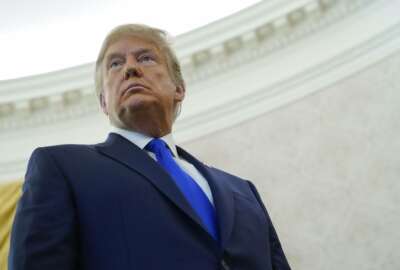 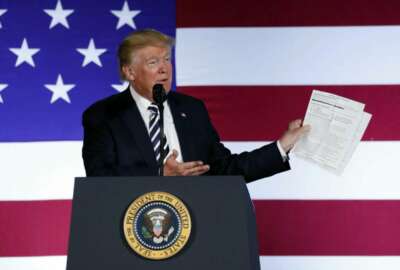 Is President Trump the perfect gift for fed unions?