If you’ve looked at federal locality pay rates for the coming year and experienced a mixture of confusion, frustration or skepticism, know that you’re not alone.

The president’s pay agent, a body composed of the Labor secretary and directors of the Office of Personnel Management and Office of Management and Budget, seems equally baffled by the concept.

Locality pay began back in the mid-1990s, when Congress passed the Federal Employee Pay Comparability Act (FEPCA). The law was originally designed to...

If you’ve looked at federal locality pay rates for the coming year and experienced a mixture of confusion, frustration or skepticism, know that you’re not alone.

The president’s pay agent, a body composed of the Labor secretary and directors of the Office of Personnel Management and Office of Management and Budget, seems equally baffled by the concept.

Locality pay began back in the mid-1990s, when Congress passed the Federal Employee Pay Comparability Act (FEPCA). The law was originally designed to eliminate what federal economists had observed was a growing pay gap between non-federal and civil service salaries.

The law sets pay using a combination of across-the-board raises and location-based adjustments. It uses a formula that technically authorizes the full amount necessary to reduce the pay gap between federal and non-federal salaries in 53 broad “locality pay areas” to 5%.

But virtually every administration has ignored those rates set in law, leading experts in the field to question whether FEPCA and its statutory formulas ever truly made sense at all.

“The underlying methodology for locality pay, which relies on a singular locality rate to cover a locality pay area, has lacked credibility since the beginning of locality pay in 1994 — to such a degree that the statutory formula for closing pay gaps has been overridden either by Congress or by successive presidents each and every year since that first year,” the president’s pay agent wrote in a new report dated Dec. 19.

“We believe there is need for fundamental legislative reforms of the federal compensation system,” the pay agent said. “We believe it is imperative to develop performance-sensitive compensation systems that make the government more citizen-centered, results-oriented and market-based. We need to empower federal agencies to better manage, develop and reward employees in order to better serve the American people.”

Absent congressional action, a few members of the Federal Salary Council have attempted to identify minor fixes that might, in part, help the group better evaluate whether agencies within a specific market should receive a specific locality pay designation.

The salary council has been debating these methodological changes for much of the past year. It offered up five recommendations to the president’s pay agent in May and in November appeared to settle on one suggestion that appeared more realistic than some of the others.

The president’s pay agent this month agreed with the recommendation: The pay agent and the salary council should consider additional human capital indicators when making locality pay decisions. This data should include:

The pay agent offered no other additional guidance on how the salary council might practically apply additional human capital data into its decision-making process.

Ultimately, the president’s pay agent said it wants to see agencies view specialized locality pay rates as a last resort, not as their first option to resolve recruitment and retention challenges.

“The extent of recruitment and retention problems in a geographic area can vary significantly by occupation and work level,” the pay agent wrote. “These flexibilities provide agencies with the opportunity to apply targeted solutions to significant recruitment and retention problems. Locality pay, by contrast, is designed to provide a single percentage of base General Schedule rates for all occupations and work levels.”

Council members representing the three major federal employee unions, however, have said adding extra human capital data to the mix could complicate a process that’s supposed to be objective and based on a statistical test.

The current federal locality pay setting system doesn’t take into account other critical market factors, the pay agent argued at the time, which can influence prospective employees in deciding where to work.

“Requiring that only a single locality pay percentage apply in each locality pay area ignores the underlying variation in disparities between federal and non-federal pay that exists in reality by both occupation and work level,” the pay agent’s report reads.

The new area, however, isn’t official until OPM can finalize its creation through the rulemaking process. The year 2021 is the earliest federal employees in Des Moines could reap the benefits of having their own, distinct locality pay area, as it wasn’t included on the list of 53 separate locality pay areas for 2020.

Once finalized, the addition of Des Moines would bring the total number of separate locality pay areas to 54, including the “rest of U.S.” 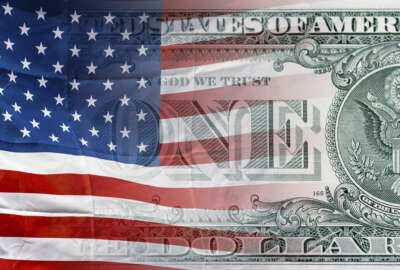