There will be more than 50 holdovers from the Obama administration after President-elect Donald Trump is inaugurated Jan. 20.

Sean Spicer, the incoming White House press secretary, said these include people such as Bob Work, the current deputy Defense Secretary; Chuck Rosenberg, the administrator of the Drug Enforcement Agency; Nick Rasmussen, the director of the National Counterterrorism Center (NCTC); the State Department’s Tom Shannon, the undersecretary for political affairs; Susan Coppedge, the Ambassador-at-Large to monitor...

There will be more than 50 holdovers from the Obama administration after President-elect Donald Trump is inaugurated Jan. 20.

Sean Spicer, the incoming White House press secretary, said these include people such as Bob Work, the current deputy Defense Secretary; Chuck Rosenberg, the administrator of the Drug Enforcement Agency; Nick Rasmussen, the director of the National Counterterrorism Center (NCTC); the State Department’s Tom Shannon, the undersecretary for political affairs; Susan Coppedge, the Ambassador-at-Large to monitor and combat trafficking in persons and senior adviser; and Kody Kinsley, the assistant secretary for management at the Treasury Department.

“The President-elect understands how it is important to ensure the continuity of government,” Spicer said at a news conference Jan. 19 in Washington. “We’ve appointed over 50 people in critical positions to maintain their office until we can find a successor for this administration. We’ve looked through the entire government and found areas where there is a critical need to maintain someone.”

Spicer said these people will ensure the government can act should there be an attack or a weather incident or another reason why agencies would be called into action.

He added that the incoming administration understands there are limits to what these holdovers can do in terms of enacting an agenda, but they do ensure government leadership remains available.

Spicer said the goal is to be ready on day one to govern, but the future of these Obama appointees is unclear.

“We are ready to go at 12:01 p.m. tomorrow,” Spicer said. “On a case-by-case basis, we will work with those individuals and the departments.”

Vice President-elect Mike Pence said the transition has been successful so far with the incoming White House naming all 21 secretaries of the cabinet agencies, and a total of 27 positions that need Senate confirmation. He said another 536 people are prepared to take on temporary positions Friday as part of the landing team after inauguration.

Spicer said these 536 people are not full-time employees and can stay on in those positions for as long as 120 days, but could become permanent appointees should the administration, the secretary and the person decide to stay on.

“In some cases until the secretary, administrator or director is confirmed, they are unable to make a permanent appointment. We are working very, very aggressively at the deputy secretary, undersecretary, and assistant secretary and at the ambassador levels to have individuals ready to go,” he said. “Now that the cabinet is filled, now I think you will see a lot more activity at that level. The President-elect wanted to make sure his entire cabinet was locked-and-loaded before he started to get to the deputy, under- and assistant [secretary] level.”

The next level of nominees will have plenty to do as the Trump transition team has been meeting and planning with agencies.

Pence also sent a transition report to Trump detailing all the activity over the last 72 days. He said the transition team spent 20 percent less than its budget and sent $1.2 million back to the Treasury’s general fund.

“The cooperation that the outgoing administration has extended in this transition effort would make every American proud,” he said.

Pence said 321 agency landing team members went to 39 agencies to develop agency action plans that included a briefing on the current state of the department, including policy, organizational and budget information, detailed change initiatives to improve agency operations and deliver on campaign promises.

“The mission of policy implementation was to take campaign promises, as determined by the campaign, and identify and create action plans around how to implement those campaign promises from the Trump administration’s (Executive Branch) perspective,” the transition report stated.

He said 14 policy implementation teams with 110 participants and 90 advisers worked on cross-cutting issues, such as intellectual property, currency manipulation and women and children issues.

Spicer said Trump will visit several departments in the early part of his administration.

“He will visit and make sure he tells them how much he appreciates their service to our country, their commitment to enacting an agenda of change and recognize how much they really do for this country,” he said. “I think you will see a lot of activity throughout not just in the first week, the first month, in the first year of making that a priority to thank so many of the people who serve our government. Not just federal servants but so many people who volunteer their time in various ways to serve this nation paid and unpaid.” 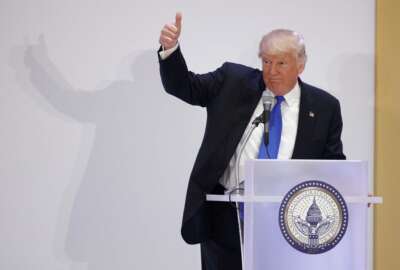 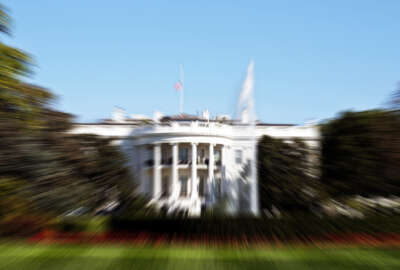