Securing the inauguration from a continuity of government standpoint

With ongoing threats of violence, tomorrow’s inauguration presents extra challenges on the security front. Given the officials who gather in close proximity, every presidential inauguration presents the opportunity to decapitate the government. John Hudak has a few ideas for how the event should take place. He’s the senior fellow in governance studies at Brookings Institution, and...

With ongoing threats of violence, tomorrow’s inauguration presents extra challenges on the security front. Given the officials who gather in close proximity, every presidential inauguration presents the opportunity to decapitate the government. John Hudak has a few ideas for how the event should take place. He’s the senior fellow in governance studies at Brookings Institution, and he joined Federal Drive with Tom Temin for more.

John Hudak: Thanks for having me, Tom.

Tom Temin: All right. So we don’t know precisely the plans. And maybe that is the plan, because there is a lot of threat coming from many, many vectors in an unprecedented way, I think since maybe the Civil War. So what are the dangers here, besides the immediate threat to the vice president and president that will be inaugurated themselves?

John Hudak: You know, events like the inauguration are unique ones. They are included on a short list, such as State of the Union addresses where a lot of key officials in the federal government are gathered in the same place. And so typically, those situations are designated national special security events, which the inauguration is. And the risk is that because the leadership of government is all gathered in one place, that an attack of some sort could result in the decapitation of our government, that is all of the top leaders being killed or incapacitated in a moment. And so we need to look at the best way to protect the line of succession and the continuity of government given that the vice president, the president elect, the vice president elect, the speaker of the House, the president pro tem of the Senate, are expected all to be gathered in one place. While at the same time, the cabinet – also in the line of succession – will be largely filled with acting officials who are not necessarily designated by President Trump to be in those roles or confirmed by the Senate.

Tom Temin: Yes, and we should throw in the chief justice of the Supreme Court who administers the oath of office.

John Hudak: True. And while he’s not in the line of succession, he obviously plays a critically important role in our government. And at the same time, traditionally, the vice president is sworn in by another member of the Supreme Court traditionally, that’s an associate justice.

Tom Temin: In this case, it will be Sonia Sotomayor. And of course, as we know, this normally takes place in full view of everyone outside and there’s lots of people clustered nearby. I remember sitting at one of them myself, I had a press pass at some years ago, and you’re pretty darn close, you know, and behind you is 100,000 or a million, who knows how many people all the way down the Mall – clear line of sight. What are your recommendations are things that should happen tomorrow?

John Hudak: You know, I think President-elect Biden is walking a fine line. He has to weigh a balance between not showing that he is giving in to the threats that are very obvious to all of us. And, frankly, the threats that existed any presidential inauguration. And the recognition that the environment in which he is being sworn in is certainly a unique one. And so I would recommend that Vice President-elect Harris be sworn in in an undisclosed location, at least prior to the event, in which there are media and other witnesses, obviously there to see it, that the president elect to be sworn in, as usual on the Mall. But also for the Speaker of the House, the incoming president pro tem of the Senate and the outgoing President Pro Tem of the senate also be located in separate locations, just in case something happens that the continuity of government is sustained. This is obviously a unique environment in which we’re operating in. But it’s in one, though that happens at every inauguration. But we’re already seeing individuals trying to penetrate the perimeter around the Capitol. And I think it’s important to recognize that the government and its continuity is more important than the optics that there might be an interest in putting forward.

Tom Temin: We’re speaking with John Hudak, senior fellow in governance studies at Brookings. Yeah, the optics or the way it looks not just to the country, but to the rest of the world, because they do look on the way that the American government transfers power every four or eight years, with some admiration. There’s not that many countries that operate that way, a few European countries, the rest of them, you never know. And so you have to balance I guess, how it looks with the realities of the situation on the ground, so to speak, which are not so great this year.

John Hudak: Yeah, I think President-elect Biden is also in a unique situation. He has spent a long period of the campaign and certainly since the campaign, being fairly cloistered from the rest of America because of the pandemic and he’s met that with some real criticism, first by President Trump of hiding in his basement, by others of being too distant from the press. And so I think him sort of hiding at the inauguration are a set of optics that people are sensitive to and uniquely sensitive to this year. But you know, if we look back to the days after 9/11, it was widely known that Vice President Cheney was oftentimes at undisclosed locations. For his security, and for this exact reason, because of the importance of the continuity of government, and Vice President Cheney was never really met with accusations of being in hiding or of cowardice, it was generally understood the importance of that decision. Sure, Biden and Harris would be open to certain criticism if they did the inauguration in a very unique way. But I think a lot of Americans understand the importance of this.

Tom Temin: Yes. And people in public nowadays can’t chew gum without getting criticism from somebody. And what do they do during the State of the Union? That’s always kind of uneasy to my eyes because they are in a 200-year-old pile of stone, I thought, what if this is the day that roof decided to give away or something? It’s old. But beyond that the whole government is in one room.

John Hudak: Yeah, during State of the Union addresses and other similar situations in which most of the government is assembled. There’s always a designated survivor. Sometimes that designated survivor is a very high ranking issue. At times it has been the president pro tem of the Senate. Typically, it is a cabinet member, which again, sometimes it’s someone is high ranking as the Secretary of State, sometimes it’s the Secretary of the Interior. And that is an individual who is at an undisclosed location, typically with an individual, a federal judge, or someone of the sort who can swear that person in. And they are likely there with a copy of the nuclear football in case something were to happen at the Capito, like you said – the roof caving in, a terrorist attack, something going on – where the entire government is decapitated. And that person is there for the sole purpose to become president of the United States in case of a tragedy, and we need to think of an inauguration in the same way. The only challenge with the inauguration is that you simultaneously have outgoing officials and incoming officials, and oftentimes, cabinet secretaries who are not the ones the senate confirmed, lower ranking cabinet officials who are acting in those capacities.

Tom Temin: And you mentioned something subtle there, the nuclear football, it’s not just a single thing, but something that I guess there are several copies of that can be programmed. Because I was thinking if President Trump leaves Washington, oddly, a couple of hours before the inauguration, he’s technically still the president until noon. Would he have that football with him? And therefore it would be far away from the new president and his team?

John Hudak: Yeah, there’s been some reporting about this. In particular, typically, obviously, the outgoing president attends the incoming president’s inauguration. And so for example, in 2017, January of 2017, President Trump – excuse me, President-elect Trump and President Obama were on the dais together. There was a nuclear football, that President Trump would have codes, President Elect Trump would have codes given to him in advance that would only become active at noon, in President Obama’s codes would deactivate it. But given the expectation that President Trump will be departing Washington, he will have a football and a military aid with him, and President-elect Biden in advance, will have one with him. So the traditional handoff won’t necessarily happen. But the technological handoff will.

Tom Temin: And getting back to the bigger picture. Maybe everyone ought to take a clue from Winston Churchill, who did take precautions during World War II, but also made himself very visible and would climb to the roof to see what was happening with the bombing and so on. And a great deal of personal bravery. But yet his staff wished he hadn’t been quite so out there sometimes.

John Hudak: Yeah, I think that’s right. You know, we often think of the American presidency as individualistic. We think of it as one person and throughout our history, one man. But the reality is the office is much bigger than that. And the responsibilities of the office are much bigger than that. And so thinking about the ways to protect not just the outgoing president, the incoming president, but the people who could by a stroke of tragedy become president at any moment. Again, we don’t think about regularly is moments like a presidential inauguration that we are forced to and I think this year, we’re uniquely forced to face those realities.

Tom Temin: We will hope for the best tomorrow. John Hudak is a senior fellow in governance studies at Brookings. As always, thanks so much. 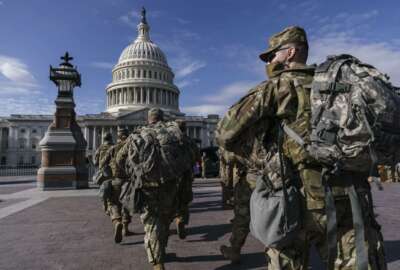 Congress getting back to work after storming of the Capitol 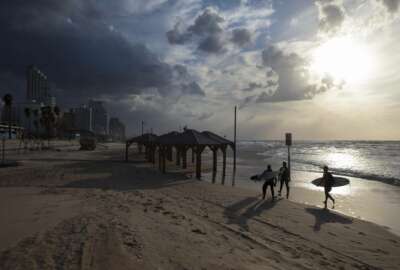 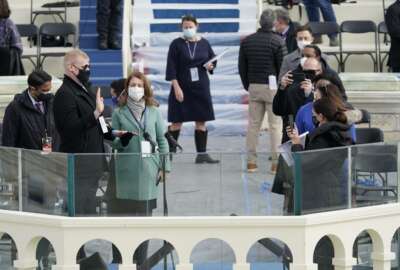