Dave Zvenyach, the deputy commissioner of the Federal Acquisition Service and director of the Technology Transformation Service at the General Services Administration, is leaving federal service on Sept. 9.

Zvenyach will take some time off and then see what comes next after ending his second tour at GSA, which began in January 2021.

“Since rejoining GSA in January 2021, Dave Z has worked as a visionary and champion of building sustainable and equitable civic tech...

Dave Zvenyach, the deputy commissioner of the Federal Acquisition Service and director of the Technology Transformation Service at the General Services Administration, is leaving federal service on Sept. 9.

Zvenyach will take some time off and then see what comes next after ending his second tour at GSA, which began in January 2021.

“Since rejoining GSA in January 2021, Dave Z has worked as a visionary and champion of building sustainable and equitable civic tech partnerships, scaling governmentwide shared services, and to improve the way the American public engages with government,” wrote Sonny Hashmi, GSA’s FAS Commissioner, in an email to staff obtained by Federal News Network. “From leading efforts to support the President’s Management Agenda by championing customer experience, to creating new pathways for early career professionals to join the US government to make a positive impact through US Digital Corps, Dave’s impact on modernizing government technology, and improving outcomes for the American people have been profound.”

“Since rejoining GSA last year, Dave Z has made invaluable contributions to GSA’s mission and to the governmentwide effort to make the public’s interactions with government simpler and more secure,” said Carnahan in a statement. “Today, thanks to his efforts, agencies across the federal government are able to more effectively and efficiently deliver for the taxpayers we serve. I look forward to seeing TTS continue to build on this progress in prioritizing customer experience and developing digital solutions that deliver.”

During his time leading TTS, Zvenyach benefitted from a cash infusion from Congress in the American Rescue Plan Act in March 2021. The Federal Citizen Services Fund received $150 million to improve digital services delivery for the public.

Zvenyach oversaw the effort to award projects extra funding, ranging from reimagining USA.gov to helping with the emergency rental assistance program to child tax credit and much more.

He told the Federal Drive with Tom Temin in December 2021 that the money is letting agencies rebuild “digital services for a future, and then also taking the opportunity to really reimagine what digital service delivery can look like.”

He said in September 2021 that the Digital Corps is designed to bring in junior technologists as the next generation of leaders to help solve the problems that agencies face.

In June, GSA and the Office of Management and Budget chose the first cohort of digital corps and assigned them to work at 13 agencies, including the Cybersecurity and Infrastructure Security Agency and the Department of Veterans Affairs. The Digital Corps received more than 1,000 applications in one week and offered 10 more positions than the initial plan.

A third major initiative Zvenyach helped lead was the expansion of the Login.gov service. GSA received $187 million from the Technology Modernization Fund in September to reduce the barrier to entry for agencies to allow for Login.gov to increase usage to a higher percentage of citizen participation.

In June, Carnahan said Login.gov has about 40 million users across 27 agencies and is looking to increase usage to 100 million users by the end of the year.

“Even out of a strong slate of nominees, Dave’s appointment to run TTS stood out at GSA. Few have been as passionate about the agency’s mission, more knowledgeable of its operations and more creative about what the agency can become than Dave,” said one Hill source who worked closely with GSA and TTS. “He and his team accomplished an extraordinary amount and I look forward to see what TTS does with this innovative, visionary foundation he has built.” 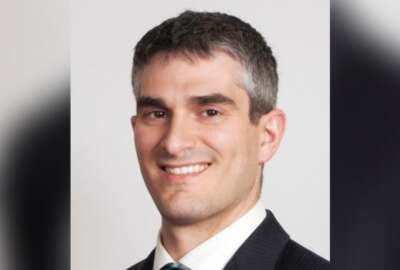