Administration doubles down on AI for benefit of government, society

When it comes to benchmarking the White House’s vision for artificial intelligence, even the administration isn’t quite sure how to quantify it.

“I don’t know the answer to that,” said Terah Lyons, policy adviser for the Office of Science and Technology Policy. “It depends on what direction the technology goes.”

But there are some clues to follow the progress, Lyons added.

When it comes to benchmarking the White House’s vision for artificial intelligence, even the administration isn’t quite sure how to quantify it.

“I don’t know the answer to that,” said Terah Lyons, policy adviser for the Office of Science and Technology Policy. “It depends on what direction the technology goes.”

But there are some clues to follow the progress, Lyons added.

“Improved service delivery, advancing our mission, lowering costs to tax payers,” she told Federal News Radio during the Center for Data Innovation’s Data Innovation Day 2016: Algorithms, Automation, and Public Policy, held Oct. 19 in Washington. “Part of our focus is on how the technology improves government. We’ve seen a lot of efficiencies improve for the private sector.”

In early October the White House released a report called “Preparing for the Future of Artificial Intelligence,” and with it, a companion strategic plan for research and development.

“Government has several roles to play,”  the White House report states. “It should convene conversations about important issues and help to set the agenda for public debate. It should monitor the safety and fairness of applications as they develop, and adapt regulatory frameworks to encourage innovation while protecting the public. It should support basic research and the application of AI to public goods, as well as the development of a skilled, diverse workforce. And government should use AI itself, to serve the public faster, more effectively, and at lower cost.”

“We think it’s a really important thing and we hope that we’ll see some movement over the course of the next few years in how we think about this,” Lyons said. “Currently the U.S. spends $1 billion on research and development related to AI. I think that we will certainly see that increase … in the years to come.”

The Obama Administration acknowledges that while AI can be a benefit to areas like healthcare, transportation and criminal justice, there still needs to be a conversation about, and application of laws and ethics.

“Barring a total structural overhaul among all the difference branches of government, mechanisms like that work really well as a stopgap measure to try to coordinate what the federal government is doing on a number of these different areas,” Lyons said, adding the administration leaned on the National Science and Technology Council (NSTC) and its recently created Subcommittee on Machine Learning and Artificial Intelligence, to write the AI report.

“That body is comprised of pretty much every agency in the federal government that would or should care about this issue — which we think is almost all of them, frankly, not just the NASAs and NIHs of the world that have traditionally had science missions,” Lyons said. “It’s also the Social Security Administrations, the VAs of the world,  that could conceivably use AI technologies to better deliver on their mission.”

In its report, the administration makes 23 recommendations ranging from application to education to safety of AI technology.

Among the recommendations related to agencies:

“A significant portion of our development process around the report was related … to how we maintain America’s position as a leading edge technology superpower,” Lyons said. “How do we make sure we are constantly paying attention to prioritizing our R&D funding across areas that deserve special attention, potentially AI being one of them.”

The administration plans on releasing a more in-depth report on AI, jobs and the economy later this year, but Lyons said workforce development is mission critical.

“It plays into a lot of the ongoing work that this administration has stood up related to preparing future generations of innovators to ascend to become the next generation of scientists and technologists in the U.S.,” Lyons said. 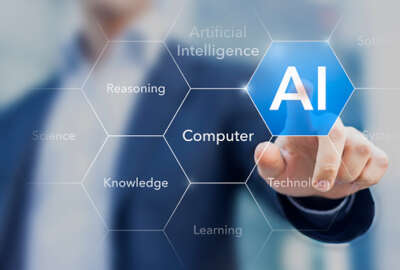 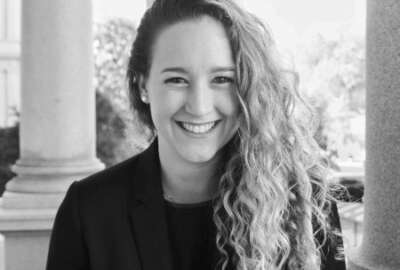 Administration doubles down on AI for benefit of government, society 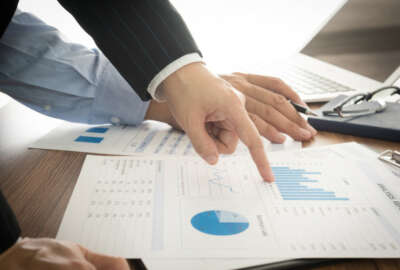