When planning a trip today, you can see your location, lodging, rates and reviews with just a few clicks of a button.

So why shouldn’t students have that ease of resources when looking for the college or university that’s right for them?

The Department of Education’s answer to that is the College Scorecard, which offers everything from school location and size, to what a salary might be for a particular program.

The scorecard is rooted in President Barack Obama’s announcement several years ago, that he wanted to make it easier for families and students to understand the value of each college they considered in their search, said Ted Mitchell, Education Department under secretary.

“From the beginning we were aiming at the scorecard being very user friendly,” Mitchell said. “That’s why the design team spent a lot of time out on the [National Mall in Washington, D.C.] talking to potential users, taking mock ups around the country. We wanted this to be a very forward-facing user interface.”

The scorecard is part of Education’s fiscal 2016-17 Performance.gov priority goals for civilian agencies. The DOE wants 48.4 percent of adults between the ages of 25-34 to have an associate degree or higher by the end of September 2017.

The College Scorecard is different from the College Navigator, in that it’s much more focused on end users and includes new data not available on the navigator, Mitchell said, adding the hope is to “continue to sharpen the scorecard over time as well as maintain the functionality of the navigator.”

“I think the feedback we’re getting from some 6,500 people who use it a day indicates that we’re getting close to that mark, but we always want to improve that,” Mitchell said. “So we annually look to do both a data refresh in which we populate the scorecard with ever-improving data, and a user experience refresh in which we take what we’re learning from people who are using it and improve its performance for users across the country.”

A labor of love

When DOE set out to build the scorecard, the focus was on making data accessible, not just to students, but “to policymakers, to commentators, to reporters and to developers,” Mitchell said.

While the scorecard is hosted on the DOE’s website, the online tool is a group labor of love.

“We’ve had partnerships across the government in the development of the scorecard,” Mitchell said. “Treasury has been our key partner in terms of the earnings data, and we have been working to create a memorandum of understanding that will help us maintain that relationship going forward.”

The department also worked with the White House Domestic Policy Council, Council of Economic Advisors and the U.S. Digital Service.

“This was real time, in the room collaboration,” Mitchell said, adding the teams were meeting two or three times a week to go over the data and ways to display it.

“The U.S. Digital Service really came in and taught us not just how to make a good scorecard, but how to think about agile design when we’re thinking about data and the delivery of data to end users,” Mitchell said.

The result was an open application programming interface (API), which allows developers to take the data they want and build their own application for users to access that information.

“Even when people aren’t  generating specific questions, the fact they can play in the data and come up with their own conclusions and their own insights, really advances the discussion of higher education access, higher education affordability and issues of quality,” Mitchell said.

Mitchell said the most popular users are students and families, but the scorecard is also used by counselors and college outreach organizations.

The College Scorecard went live in September 2015 and recently had its first annual data refresh.

“Each year we want to make sure we’re using the best data that we have and making it accessible, and we felt good about being able to do that this year,” Mitchell said.

Next year’s refresh will for the first time use gainful employment regulation information.

“We’re collecting data from institutions at the program level about the earnings that graduates have and about the debt that they carry,” Mitchell said. “We’ve definitely been getting feedback on the need to move from institution-level earnings data to program-level earnings data. We want to be able to display that for prospective students so that they can get good insight into what the education might be leading them to.”

For example, if a student is at a career college, they might enroll in a cybersecurity or graphic design program. Because the markets for those skillsets are different, the salaries are going to be different — the scorecard will allow users to see that data.

Mitchell said the department in November just released earnings for about 14,000 career programs.

“So next year’s data refresh will include as much program-level data as we can, and over time we want to increase the visibility into program-level outcomes across the board,” Mitchell said. “Not just career colleges but other institutions as well. The other thing that we’ll do next year with the scorecard, is we will link it directly to FAFSA, so that as students are signing up, applying for financial aid and selecting colleges to use in the modeling, we’ll be able to get them information about those institutions in real time.”

Mitchell said in conversation with his colleagues, the talk is that the government is moving to more data that’s accessible on mobile device and shared with third-party developers.

“When the president launched the scorecard effort in 2013, one of the things he said was he was sort of tired of U.S. News & World Report running the show, and I know as a former college president I would agree with that,” Mitchell said. “What’s fascinating is that these third-party rating agencies are tied into scorecard data, so they’re now using much more reliable data than they had before, and we think the market for college information is improving as a result of the data that we’re putting into that market.” 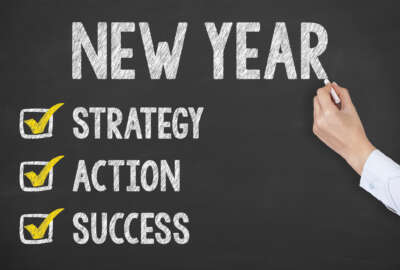