If Congress cannot agree to extend the debt limit by Oct. 30, the Treasury Department will have to resort to extraordinary measures, which includes suspending investments in federal workers’ retirement funds.

The Treasury will temporarily stop making investments in the Thrift Savings Plan’s G Fund and Exchange Stabilization Fund to milk the last of its reserves before it reaches the debt limit on Nov. 3, according to a new Congressional Budget Office projection.

To be clear, these measures are standard operating procedure when the government starts getting claustrophobic as the debt ceiling approaches.

“A vote to raise the debt ceiling isn’t a vote to increase our debt. It’s about paying the bills that Congress has already approved,” said J. David Cox, national president of the American Federation of Government Employees, the largest union representing federal workers. “Every American is expected to pay his or her bills on time. Congress needs to do the same thing.”

October 30 marks the end of the debt issuance suspension period, meaning that’s the timeframe when the Treasury Secretary determines that the issuance of obligations may not be made without exceeding the public debt limit.

Treasury started slowing down its investments in the G Fund in March to try to bide time as the debt ceiling neared, said Kim Weaver, external affairs director for the Federal Retirement Thrift Investment Board, which operates the TSP, in an email to Federal News Radio.

The G fund invests in non-marketable, short-term Treasury security. The earnings come from interest on that security. When Treasury slows or stops those investments, it simply does not put money into buying securities and uses the money for other accounts.

Weaver said Treasury continues to credit interest at the participant level. Both Treasury and the Federal Retirement Thrift Investment Board keep track of the interest payable, and it is paid once the debt ceiling is lifted. Weaver said the process has been audited many times.

Workers with G Funds will not feel any impact from the suspension or slowing of G Fund investments, she said.

A 1987 measure, known as the “make-whole” provision, contained in the legislation that created the TSP, ensures that if there was a debt crisis, G Fund earnings would be guaranteed.

Debt ceiling deadline: What Congress must do now 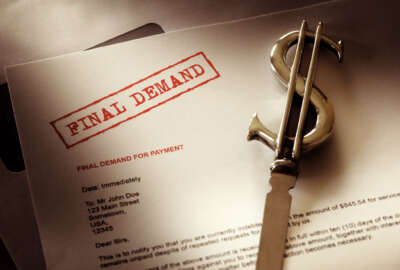