The American Federation of Government Employees wants a federal district court to immediately intervene in an ongoing lawsuit involving the Federal Service Impasses Panel — ahead of an upcoming deadline that may largely finalize the union’s collective bargaining agreement at the Department of Veterans Affairs.

The union is seeking immediate injunctive relief from the U.S. District Court for the District of Columbia. The Federal Service Impasses Panel is expected to offer its opinion this summer on...

The American Federation of Government Employees wants a federal district court to immediately intervene in an ongoing lawsuit involving the Federal Service Impasses Panel — ahead of an upcoming deadline that may largely finalize the union’s collective bargaining agreement at the Department of Veterans Affairs.

The union is seeking immediate injunctive relief from the U.S. District Court for the District of Columbia. The Federal Service Impasses Panel is expected to offer its opinion this summer on a few dozen collective bargaining proposals still up for debate between the union and the agency.

The union had sued the FSIP in March, arguing its decisions were invalid because the panel’s members aren’t confirmed by the Senate. The lack of Senate-confirmed members violates the appointments clause of the U.S. Constitution, AFGE argued.

“The National VA Council here seeks a declaration that the panel has been improperly constituted because its members have not been properly appointed under the Constitution and the applicable [Federal Service Labor-Management Relations] statute,” the lawsuit reads.

Both AFGE and VA began exchanging proposals nearly a year ago. In December, VA asked the impasses panel to intervene.

The impasses panel has imposed new contract terms on unions at several different agencies now. The agencies — as was the case with a dispute between the National Treasury Employees Union and the Social Security Administration over a telework policy — don’t always win a favorable decision from the panel.

But recent decisions involving bargaining disputes at the Environmental Protection Agency, Education Department, Department of Health and Human Services and SSA — have, in large part, gone in favor of the agencies.

About 74 articles were up for negotiation between VA and AFGE. The impasses panel is reviewing nearly 60 of those articles. For the union, that means the panel has the potential to weigh in significantly on a future VA-AFGE contract.

“I haven’t seen the other agencies take as many articles to the panel as we currently have,” Ibidun Roberts, a supervisory attorney for AFGE’s National VA Council, said. “This would be the panel writing our entire agreement, not just a couple articles where we have disputes.”

The unions have said they have little recourse once they receive a decision from the impasses panel, though it’s ultimately up to each agency to actually enforce and implement the terms of the new contract.

“Its decisions, once issued, are final and non-reviewable,” the AFGE VA lawsuit reads. “Moreover, the panel can radically alter the working conditions of VA employees, imposing provisions on matters such as the degree to which VA employees may telework, when union officials may use ‘official time’ to perform union functions (including aiding employees at disciplinary hearings, and meeting with employees), excluding certain topics from grievance procedures, and restricting how employees use leave.”

Both AFGE, and the Association of Administrative Law Judges, which has also sued the impasses panel over similar constitutional concerns, believe FSIP members should be subject to Senate confirmation.

In an attempt to clarify the impasses panel’s members as “inferior officers,” President Donald Trump last fall gave the Federal Labor Relations Authority the power to remove the chairman or members of the FSIP.

The AFGE-VA relationship, meanwhile, has been tense for years, and the president’s 2018 executive orders on official time, collective bargaining and employee removals have made negotiations more contentious.

In an effort to implement provisions of one of the EOs, VA last November gave unions a deadline to leave occupied government-office space or begin paying rent.

Several of AFGE’s 160 VA locals did agree to pay rent on the space, Roberts said. But many locals moved off site and found new spaces to work, including AFGE’s National VA Council, which, according to VA, had occupied nearly 7,500 square feet at the VA medical center in Salem, Virginia.

The union has filed national grievances on the legality of the office space issue and the rental rates the department used to charge the union, Roberts said. 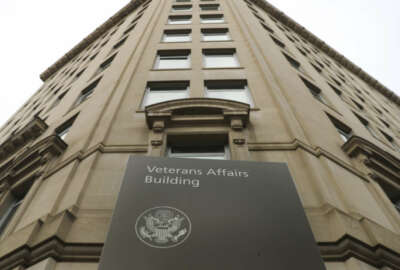