VA sees trust improve by 24% in five years, thanks to veterans experience effort

Trust in the Department of Veterans Affairs among veterans is up 24% since 2016, when the agency, still reeling from a highly publicized wait time scandal, launched a concerted effort to measure their customers’ perceptions and experiences.

On average, 79% of veterans said they trust VA, according to the latest report from the Veterans Experience Office.

Trust in the Department of Veterans Affairs among veterans is up 24% since 2016, when the agency, still reeling from a highly publicized wait time scandal, launched a concerted effort to measure their customers’ perceptions and experiences.

On average, 79% of veterans said they trust VA, according to the latest report from the Veterans Experience Office.

The reports will be public now on VA.gov; the scores were previously only public on the federal government’s Performance.gov site.

“Once we briefed Secretary [Denis] McDonough on the capabilities of the office, he was very adamant to really do this in a more routine and transparent way,” John Boerstler, VA’s chief veterans experience officer, said in an interview. “Not only do we want our veterans to know that we are listening, but we are a public organization. As a public trust we want to be held accountable; we want to be transparent.”

The department uses 85 different surveys to collect feedback from veterans about their experiences with VA.

Since the initiative began back in 2016, VA has received more than 6.8 million surveys from veterans and 2.4 million text responses. The surveys measure what VA refers to as the three “es,” ease, effectiveness and emotion.

“Was it easy to navigate the facility and find the clinic that you were looking for or find the benefits service provider that you were looking for? Was it easy to park? Was it easy to get around and understand how to access care?” Boerstler said. “Did you understand what your provider said to you about your care or benefits, and are you satisfied with that experience? And when we say emotion, we’re really asking the veteran… did you feel respected by that encounter? Do you trust VA to continue to deliver care in a safe, respectful and trustworthy way?”

When VA receives new survey feedback, the department’s patient experience directorate, for example, will take the results to individual medical facilities in the field. The goal, Boerstler said, is to inspire VA facilities to make improvements based on the feedback.

VA’s latest trust report is based on feedback from 257,000 veterans, who rated their interactions with the department between Jan. 1 and March 31.

According to the latest report, 92% of white, Asian and Hispanic or Latino veterans said they trusted VA, compared to 90% of Black or African American veterans and 88% of Native Hawaiian or Pacific Islanders.

When the department sees discrepancies in trust among veterans, Boerstler said it gives VA an opportunity to build new initiatives and programs specifically for certain demographic populations.

His office, for example, recently worked with the Veterans Benefits Administration to map out the moments that matter to women veterans when applying for benefits at the department. The office is conducting a similar review and study for lesbian, gay, bisexual and transgender veterans, Boerstler said.

The department will also survey veterans about their experiences receiving the COVID-19 vaccine from VA. Boerstler said the pandemic has given VA the opportunity to engage with a new cohort of veteran customers and, in some cases, their families, including many who have never engaged with the department before.

“Now we want to make sure [we] retain that customer and better educate them and engage them on the benefits and services that are available to them,” he said.

VA will launch another new initiative in the coming months. The department identified six underserved regions across the country where veterans suicide is high but VA enrollment rates are low.

Boerstler said the department will host three-day events in the region, with the goal of enrolling as many veterans in VA benefits and services. The effort will start in Lexington, Kentucky, in July and will head to Montana later this summer.

The department is also using its human-centered design process to solicit feedback about the new electronic health record and the ongoing strategic review of the EHR modernization program,

“[We’re] really asking veterans what attributes about the portal and accessing your care do you like? In scheduling appointments and communicating with your provider what do you like and what do you not like?” Boerstler said. “What can we include in this new version and new rollout to make your experience that much better?”

VA is now deploying many of the same tools and strategies it’s used in recent years with the veteran population to its own internal workforce.

VA’s experience office launched an employee journey map last year — the first of its kind in the federal government — that tracks key moments in an individual’s career within the department. The map describes everything from the job search and navigating the VA culture to receiving a first performance evaluation and getting a promotion.

“Instead of doing just an annual survey, we want to do checkpoints along the way to make sure that… our employees are connected to the resources they need in order to accomplish their sacred duty that they’ve taken on to serve veterans and their families,” he said. 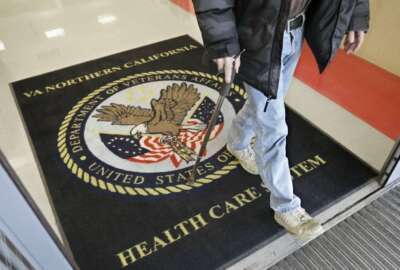 VA cooking up new guide of CX strategies, training institute for its own employees