The Merit Systems Protection Board is slowly inching closer toward a long-awaited quorum, but a key House committee advanced legislation that attempts, in part, to address the consequences of the last four years.

The House Oversight and Reform Committee cleared two bills on Tuesday, one that would reauthorize the MSPB for the first time in nearly 14 years and another that would give federal whistleblowers an avenue to pursue their cases in federal district court.

The Merit Systems Protection Board is slowly inching closer toward a long-awaited quorum, but a key House committee advanced legislation that attempts, in part, to address the consequences of the last four years.

The House Oversight and Reform Committee cleared two bills on Tuesday, one that would reauthorize the MSPB for the first time in nearly 14 years and another that would give federal whistleblowers an avenue to pursue their cases in federal district court.

The latter bill, known as the Whistleblower Protection Improvement Act (WPIA), has been years in the making. Committee Chairman Carolyn Maloney (D-N.Y.), along with Reps. Gerry Connolly (D-Va.), Jackie Speier (D-Calif.) and Nancy Mace (R-S.C.), introduced the legislation in May.

The WPIA prohibits agencies from launching retaliatory investigations against whistleblowers and bars them from retaliating against federal employees who share information with Congress.

The bill would also expand whistleblower protections to all non-career appointees in the Senior Executive Service and limit the public disclosure of an employee’s identity.

“Federal whistleblowers provide critical information on government corruption and wrongdoing, including by providing information to Congress,” Maloney said. “Their disclosures safeguard taxpayers’ dollars, improve federal programs and save lives. Unfortunately, the committee has seen too many examples of employee retaliation and employers retaliating against whistleblowers.”

But a key champion of that bill, the late House Oversight and Reform Committee Chairman Elijah Cummings (D-Md.), said at the time that the 2012 legislation ultimately failed to address all shortcomings with the existing whistleblower process and, notably, didn’t give federal whistleblowers access to a jury trial.

This new bill does exactly that. It allows whistleblowers to appeal their cases in federal district court if the MSPB doesn’t issue a decision within six months, or eight months for more complex cases.

The MSPB currently can’t review many of these cases because it doesn’t have a quorum — and hasn’t had one in more than four years. The board hasn’t had any members in more than two years. President Joe Biden recently nominated two members to the board. The Senate must still confirm them to restore a quorum.

“This piece of legislation is common-sense reform, at least to me,” Mace said. “The Whistleblower Protection Improvement Act gives support to those in government who speak up when they see wrongdoing. In [my] first six months of being in Congress, I’ve seen a lot of people behind the scenes trying to speak up. So why would we not want to do that?”

“This bill will create additional layers of workforce protection that can be cynically abused by bad actors that wish to stymy, slow-roll or outright prevent the effective implementation of presidential policies, policies that the American voters want to see implemented,” he said.

Ultimately, the bill cleared the committee, and the legislation heads to the full House for a vote.

The second bill, known as the MSPB Empowerment Act, will reauthorize the board through 2026 and would require whistleblower training for administrative judges and board members. The legislation would also allow the board to conduct employee surveys to ensure agencies are following merit system principles.

Connolly, chairman of the government operations subcommittee, said he believed the legislation would better position the MSPB to respond to the backlog of pending petitions for review once the Senate restores a quorum.

There were 3,290 pending petitions for review at the MSPB at the end of May, according to the agency’s data.

“While this bill does not solve the larger problem of confirming qualified leaders at the helm of the board, it does take steps to ensure that when President Biden’s recent nominees are confirmed, they can start at the sprint that will be needed to address the years-long backlog of adjudications,” Connolly said.

Like Connolly and many others on the committee, Rep. Jody Hice (R-Ga.) recognized the situation at the MSPB, calling the board a “vital part of the merit-based civil service system.”

But Hice said the bill didn’t provide enough guardrails around the board’s funding, and it failed to include certain changes to the MSPB’s structure. His legislation, for example, would have required fees for those filing an appeal with the MSPB. It also would have reappointed board members when their terms expire, a legislative fix that could have remediated the current situation at the MSPB.

Hice ultimately dropped his legislation on the condition that Connolly work with him to enact some of his proposed legislative changes later.

“I will work with him to look at how we can legislatively improve the Merit Systems Protection Board. But I think there’s a certain urgency right now… in terms of the dysfunctionality of the board for the last two years-plus, which means we have a backlog that might take two or three years,” Connolly said. “There are some reforms he’s discussed that intrigue me, such as the ability to reappoint board members. That could be very well be a reform that all of us could agree on.”

Former President Donald Trump nominated three people to fill the board during his presidency, but the Senate never confirmed them.

“All of us were shocked at how the Merit Systems Protection Board has allowed to just go fallow,” Connolly said. 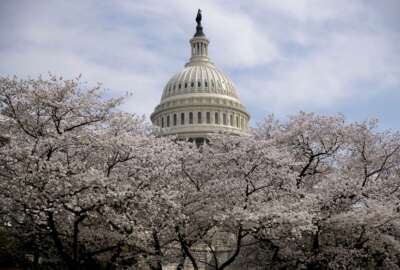 Congress again ponders the next round of whistleblower reform