The Office of Personnel Management recently released guidance for agencies on how to stand up Senior Executive Service onboarding programs, part of a larger White House executive order on SES reform.

The Feb. 12 memo issued by OPM Acting Director Beth Cobert provides a detailed list of actions agencies should take “in providing the critical support to executives through their first year of service in new positions.”

“It is intended to allow agencies the latitude to...

The Office of Personnel Management recently released guidance for agencies on how to stand up Senior Executive Service onboarding programs, part of a larger White House executive order on SES reform.

The Feb. 12 memo issued by OPM Acting Director Beth Cobert provides a detailed list of actions agencies should take “in providing the critical support to executives through their first year of service in new positions.”

“It is intended to allow agencies the latitude to customize the program that is most appropriate for their mission and the executive’s developmental needs,” the memo stated.

At the heart of the 19-page guidance is a four-step cycle that OPM suggests should be an ongoing effort to maintain a successful onboarding program.

The cycle consists of planning, implementation, evaluation and revision/enhancement.

The planning stage is guided by an Executive Onboarding Roadmap. The mile markers along this map include an understanding of roles and responsibilities within an employee’s first 30 days, to providing guidance and feedback to the senior executive after 6 or 9 months.

Within this first phase of the onboarding program, agencies are advised to create program goals, an evaluation plan and standard operating procedures and to conduct training. This advice comes from other agencies that have created successful onboarding programs, the guidance states, and also includes identifying a “program champion.”

“During initial implementation, individuals begin to put into practice all that has been planned for during the planning stage,” the guidance states. “Full implementation occurs when the program is integrated into the organization’s processes and culture.”

The evaluation phase of the onboarding program is “critical,” according to OPM, especially during the early rollout period.

The guidance advises that “agencies should prioritize the critical need to gather data from multiple sources that will assist with determining the efficiency and effectiveness of your program.”

Early detection of problem areas can allow an agency time to fix these issues or re-direct a plan if necessary.

The final phase of revision and enhancement should be a time when “minor tweaks” or “major changes” are addressed to keep the program running smoothly.

Onboarding involves more than a short orientation, the guidance states, but rather “a strategic and sustained process over a substantive period of time, ideally one year, tailored specifically to the needs of the organization and its new executives.”

Senior Executives Association Interim President Jason Briefel said in a statement that the group was “hopeful” the guidance prompted more agencies to include onboarding as a part of their programs to encourage executive and employee development.

President Barack Obama signed the executive order in mid-December, and it has four specific requirements:

The order also reinstates agencies’ aggregate spending limits from 2010 on performance awards for SES employees —from the current 4.8 percent cap to 7.5 percent, starting in fiscal 2017. OPM will issue more guidance on how agencies should distribute these awards for 2016 — as well as the following years — within 120 days, the order said.

The reinstatement of performance bonuses received cheers from the federal management community, but some worried that while the executive order makes improvements to the SES, it does not address a needed culture shift.

Tobias said it’s a lack of professional development opportunities that pushes leadership satisfaction results — which have remained relatively low over the past five years — down. 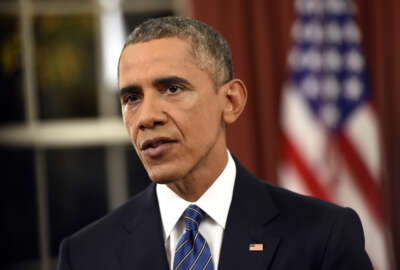 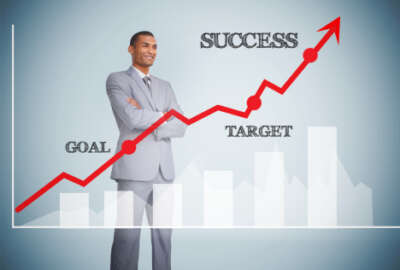