A quick look at the 2017 Best Places to Work in the Federal Government Rankings shows a few familiar stories: NASA, once again, is number one, and the Homeland Security Department, once again, sits at the bottom.

But an even closer look at the usual suspects at the top and bottom of the rankings, which the Partnership for Public Service and Deloitte produced this year, paints a more complex picture of federal employee engagement.

DHS was one of many agencies this year that, despite its low or last-place ranking, has momentum moving in its favor.

The department overcame six consecutive years of declining engagement scores and improved by 6.2 points in 2017. It’s the largest DHS increase since 2009, and it helped the department earn the title of “most improved large agency” this year.

The most improved agency subcomponent also resides within DHS. Immigration and Customs Enforcement (ICE) boosted its engagement score by 11.5 points in 2017 — up from a score of 45.2 in 2016 to 56.7 this year. 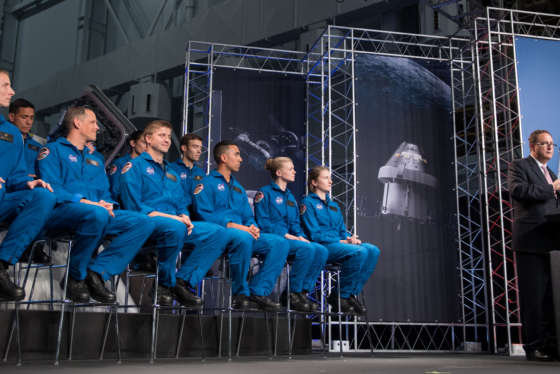 The 2017 Best Places to Work in the Federal Government Rankings show a few familiar faces at the top and bottom of the list, but a closer look at the results shows several agencies with momentum moving in their favor. Here are nine insights from this year’s rankings.

ICE was among seven DHS subcomponents that improved their scores over the past year. Customs and Border Protection, for example, saw its score improve by 6.2 points, while Federal Emergency Management Agency saw employee engagement raise by 6.3 points. Even the last-place ranked Secret Service, which has long experienced low morale, saw a 0.2 point bump in its score.

“I’ve seen those leaders actually really concrete their efforts around engagement, and I believe we’re starting to see that pay off,” Sean Morris, federal human capital leader at Deloitte, said in an interview on the Federal Drive with Tom Temin. “Are they still on the lower end? Absolutely. But their momentum is very encouraging.”

The Small Business Administration, though still ranked 24th out of 25 mid-sized agencies, boosted its score by 7.3 points.

Employee confidence leadership — or their belief that their leaders and managers generate high levels of commitment in the workforce — is often the biggest driver of improvement and momentum, Morris said.

“The biggest thing that can move the needle, for all organizations but those in particular, is concentrating on how their leadership is perceived and is connecting with the rank-and-file in those organizations,” Morris said. “We consistently see lower numbers in that leadership category.”

Those leadership numbers improved in 2017 but still sit low. About 43 percent of employees said their leaders generate high levels of commitment in their agencies, according to the 2017 Federal Employee Viewpoint Survey.

About 74 percent of agencies improved their employee engagement scores this year.

NASA not only remains the number one large agency in government, but it also managed to improve its employee engagement score for the sixth consecutive year. The agency has been continually honing into the details and specific questions on the FEVS, Morris said.

“Driving down into the specifics, into specific offices, [and get a] better understanding of what is on the lower end, what is the area on the higher end and really rolling their sleeves up and getting into the blocking and tackling, that’s what iconic government organizations like NASA continually do,” he said. “The fact that NASA was able to raise their number by a further 2.5 points is phenomenal.”

However, there were a few startling declines. The State Department, for example, saw a 2.8 point drop in employee engagement in 2017 — the largest single-year decline since the Partnership started the rankings in 2003. State sits eighth among large agencies, and it’s the first year the department hasn’t ranked in the top five since 2011. The department saw the biggest decline in its employees’ perceptions of agency leadership; confidence in State leadership dropped by 9.2 points.

Employee engagement at the Intelligence Community fell by 0.8 points, and the Justice Department’s score dropped by 2 points.

At the Environmental Protection Agency, employee engagement fell by less than a point.

The Office of Management and Budget experienced the biggest drop in employee engagement — by 7.3 points — of any other small agency of its size. OMB still ranks second, however, among seven small agencies.

The Office of Personnel Management began to administer the FEVS in May this year, so federal employees evaluated their work experiences from a time period of July 2016 to April 2017. With that in mind, Morris said it’s tough to tell what impacts the presidential transition and changes in the Trump administration had on employees’ responses.

“This is a clear indication, ratification, that the investment that federal agencies have been making in their employees over the last three to five years are starting to pay off,” Morris said.

Regardless, employee engagement rose across government in 2017. It reached a six-year high, topping out at 67 percent this year — a 2 percent bump over last year’s score of 65.

The 2017 Best Places to Work rankings, for now, are significantly less detailed this year. Citing privacy reasons, OPM didn’t provide data this year for 21 small agencies and 165 subcomponents that were part of previous surveys and rankings when the Partnership first compiled its rankings.

But OPM reversed its decision and will provide the Partnership with missing data. The Partnership for Public Service will update the 2017 rankings in January 2018.

“OPM’s decision to now provide more complete government-wide data will make it easier for agencies to compare themselves to their federal counterparts, and help Congress and the Trump administration engage in comprehensive oversight of federal workforce management,” Partnership for Public Service President and CEO Max Stier said in a statement.

See the full 2017 Best Places to Work in the Federal Government Rankings as of Dec. 5 here.