The Trump administration is prioritizing workforce training — of agency supervisors, leaders and human resources professionals — in the remaining months of the year.

Under a new goal in the President’s Management Agenda, the Office of Personnel Management will give agency supervisors new guidance, best practices, workforce training and other forums to help them better manage the employee experience, workforce performance, continuous learning and succession planning, according to the Trump administration’s latest Performance.gov update.

Specifically, the administration wants “agencies to ensure that all supervisors are appropriately trained on performance management and equipped to address performance and conduct issues,” according to the update.

New supervisors should have “critical leadership competencies” within their first year of appointment, “either through selection or development,” the administration said.

By the end of fiscal 2021, the administration “will provide agencies with at least 48 significant tools, flexibilities and authorities needed to advance their human capital objectives,” according to a recent update on OPM’s own goals.

Among them was a new employee engagement toolkit for supervisors, which OPM said it shared earlier this year. The toolkit is designed to help supervisors better understand the results of the Federal Employee Viewpoint Survey.

Dennis Kirk, the president’s nominee to chair the Merit Systems Protection Board, is OPM’s associate director for employee services and is in charge of the agency’s progress on mitigating skills gaps and developing federal human capital tools, flexibilities and authorities, according to the update. Kirk’s MSPB nomination has been pending before the Senate for more than a year.

Another new milestone charges OPM with ensuring agency human resources staff are trained, certified and have the skills needed “to provide knowledgeable and timely service to managers and workers to support organizational human capital needs.”

It’s unclear how OPM specifically will ensure agency HR professionals have the skills and expertise the administration is looking for, but the federal community has long complained about a lack of human resources training.

The administration is still helping agencies develop their own “pulse-based” tools designed to quickly give employees real-time feedback on their performance, with plans to launch a test concept for much of government later this later.

In addition, agencies are supposed to report soon on the steps they’ve taken to remove unnecessary and non-statutory steps from the disciplinary process, a task that OPM gave to federal organizations last fall.

Those resources are due at the end of fiscal 2021, according to the Performance.gov update.

By the end of the year, the Trump administration is scheduled to launch a new emerging skills pilot program, which, according to the latest updates on Performance.gov, is supposed to expose employees whose work is changing due to automation to different career path options.

The emerging skills pilot was supposed to launch earlier this year, but OPM pushed the milestone back.

In addition, the administration said it’s on track to more systematically evaluate skills gaps and scale up existing federal reskilling programs to address those divides. Agencies have launched a few different reskilling pilots and academies in the last year, but the administration appears committed to expanding them.

The president’s 2021 budget had pledged workforce training opportunities for 400,000 federal employees in data science and analytics, cybersecurity, IT and project management fields.

Cybersecurity remains one of the major skills gaps in the federal workforce, OPM said. It’s working with agencies to develop action plans and metrics to close cyber skills gaps, according to the OPM update.

A group of federal agencies, including OPM and the departments of Interior, Housing and Urban Development, and Veterans Affairs, are developing a shared platform and data standards for federal career paths and learning competencies.

For the Senior Executive Service, OPM launched three new online assessments to evaluate executive core qualifications, the competencies candidates must demonstrate before becoming a member of the SES.

The assessments include a work simulation, a “situational judgment test” and a “work styles assessment,” according to OPM. Agencies can use any combination of these assessments to evaluate SES candidates, and some are already using them. 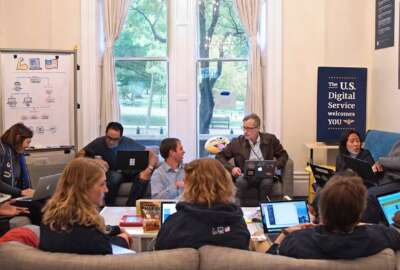 2020 is the year for scaling up Trump administration workforce pilots