President Joe Biden’s nominee for second-in-command at the Office of Personnel Management, Rob Shriver, shared his priorities for the federal workforce with the Senate Homeland Security and Governmental Affairs Committee.

During a Sept. 29 nomination hearing, the committee raised concerns about the future of telework, the federal hiring process and delays in retirement processing — all of which are involved in OPM’s mission.

Telework was a prominent issue for a few of the committee members....

President Joe Biden’s nominee for second-in-command at the Office of Personnel Management, Rob Shriver, shared his priorities for the federal workforce with the Senate Homeland Security and Governmental Affairs Committee.

During a Sept. 29 nomination hearing, the committee raised concerns about the future of telework, the federal hiring process and delays in retirement processing — all of which are involved in OPM’s mission.

Telework was a prominent issue for a few of the committee members. Sen. James Lankford (R-Okla.) asked Shriver about the governmentwide telework policy for agencies, saying that federal employees working from home slowed down the ability to fulfill agency missions.

“We have a backlog in multiple different agencies right now, noticeably [at] the IRS [and the] State Department,” Lankford said. “We’ve got a lot of issues and backlogs in multiple of our agencies … that have face-to-face needs to be able to connect with folks.”

Office reentry plans, though, have already taken effect for many agencies, Shriver said.

“Now we’re in that process of evaluating. How are these new hybrid work arrangements working? What is the impact on productivity? What is the impact on mission delivery?” he said. “If an agency were to just go back to the way things were, prior to the pandemic in February of 2020, I think that they would lose a lot of talent to other sectors. So this needs to be done strategically.”

Some of OPM’s biggest challenges come from both ends of the workforce — the hiring process and the retiring process. Currently, it takes an average of 100 days for federal agencies to hire a new employee, Lankford said.

There have been some recent advancements, though, to try to mitigate the largely pandemic-induced backlog. OPM Director Kiran Ahuja has said the agency is working to build staff and resources for retirement services as it wades through an unprecedented surge in retirement claims.

“A lot of the challenges have to do with the way that information transfers between agencies, in particular if somebody has worked in multiple agencies or under multiple retirement systems,” he said. “We do need to do better by our federal retirees. These are folks who commit their careers to federal service and when it comes time to retire, they need to be getting top-notch customer service.”

And governmentwide challenges aren’t the only ones facing OPM. If the Senate confirms him, Shriver would fill a role that has remained vacant for nearly two years. Michael Rigas, who held the position from March 2018 to January 2021, was the agency’s most recent second-in-command.

It’s not the only gap in federal leadership for OPM, either. In April, the agency got its first permanent inspector general in six years.

At the hearing, Shriver said the lack of consistent leadership at OPM contributed to some impactful gaps for the federal workforce, namely for agencies’ ability to address skills gaps that help modernize federal processes.

Currently, Shriver works as OPM’s associate director for employee services, a role he has held since January 2021. He previously served at OPM during the Obama administration as deputy general counsel for policy, and has also served as OPM’s assistant director for national healthcare operations.

In addition to some of the most common challenges for OPM, Shriver reemphasized his focus on the new military spouse hiring authority. Most recently, OPM set a deadline of Dec. 30 for agencies to share details about their experience with using the hiring authority. Shriver added that remote work was a “game changer.”

Aside from OPM deputy director, there are other missing key leadership positions across the federal government. The committee also considered Biden’s pick for administrator of the Office of Information and Regulatory Affairs, Richard Revesz. OIRA, part of the Office of Management and Budget, is tasked with reviewing agencies’ draft rules and setting parameters for implementing agency regulations. The OIRA administrator is also responsible for ensuring transparency into regulatory decisions, and promoting public participation in the rulemaking process.

Some committee members, including Lankford, expressed concerns about the federal regulatory process, saying that the process, under OIRA’s domain, is often unfair and unclear.

“If confirmed, I would make sure that there is in place a guidance process that is transparent, [and] that the American people have access to the information that has opportunities for meaningful public participation,” Revesz said. “I would like to work with the OIRA team to ascertain ways in which OIRA can help improve analysis across the federal government, not just in the executive branch, but across independent agencies as well.” 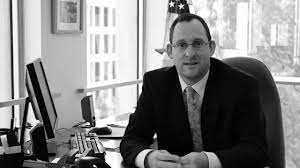 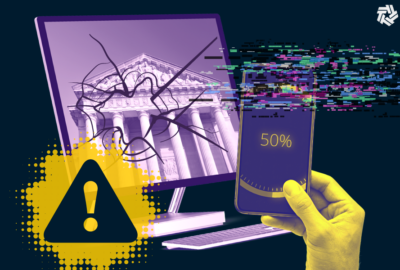 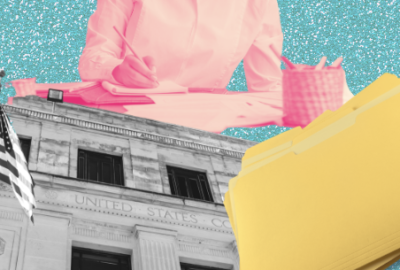 OMB’s Coleman to step down from federal personnel role