As agencies continue to develop their human capital management strategies, there are some resources already out there to help them further close high-risk skills gaps.

The Office of Personnel Management said although there has been progress on closing some skills gaps in the federal workforce, there’s more work ahead to continue to narrow those gaps, while also ensuring that others don’t open back up.

To try to continue to close the gaps, there are several...

As agencies continue to develop their human capital management strategies, there are some resources already out there to help them further close high-risk skills gaps.

The Office of Personnel Management said although there has been progress on closing some skills gaps in the federal workforce, there’s more work ahead to continue to narrow those gaps, while also ensuring that others don’t open back up.

To try to continue to close the gaps, there are several efforts underway and options available to agencies, said Jason Barke, OPM’s deputy associate director for strategic workforce planning.

For example, the Chief Human Capital Officers (CHCO) Council recently created a working group on “elevating HR,” composed of occupational leaders across government, aiming to help agencies continue collecting data and making changes to their recruitment and retention strategies. Leaders from OPM and the Department of Health and Human Services serve as co-chairpersons of the working group.

Pay is also strong incentive for recruitment and retention. It’s something with which the federal workforce has historically struggled to compete against the private sector. Agencies can make special pay rate requests for certain positions, but there are limitations to that authority from OPM. OPM is also working right now, for example, with a cybersecurity group to determine if a special pay rate is needed.

“But we also need to make sure that we’re using the flexibilities and incentives that we currently have as well,” Barke said. “There are other opportunities out there for agencies to use — incentives such as student loan repayment will help agencies.”

Understaffing across agencies in certain positions, such as human resources specialists, is certainly a challenge, but it’s an area for which agencies have several resources that can help them try to make improvements, Barke said.

For one, agencies can use the agency talent portal, which contains 1.8 million searchable resumes, and use keywords to try to find qualified job candidates. Current HR specialists can use the same tool to find candidates for other open positions, too.

OPM also created the Competency Exploration for Development and Readiness (CEDAR) tool, which aims to help agencies with a handful of federal positions. Some agencies are currently using CEDAR in an effort to comply with the Program Management Improvement Accountability Act, which requires assessments of federal program and project managers.

“We’re seeing agencies starting to look at this tool for their other skills gaps,” Barke said. “We think this could be another valuable place where we can look at the HR workforce.”

Recruiting HR specialists is especially important, as those employees recruit for all other federal positions, including other areas still on the high-risk list, like cybersecurity and acquisition.

“Without HR specialists, it really affects all areas of human capital management, especially if we’re trying to make sure that we have other occupations are on board and in the critical skills areas that we need,” Barke said. “[We need] staff in place to be able to hire timely and to be able to do all the things that are necessary in that hiring timeframe. We continue to see agencies trying to build capacity to close skills gaps in certain areas.”

A close look at the data on both governmentwide and agency-specific skills gaps, compiled in a recent report from OPM, showed that 86% of agencies were able to mitigate skills gap factors in at least one high-risk occupation. Agencies created internal teams, called Federal Action Skills Teams (FASTs), to lead efforts on trying to close skills gaps in agency-specific positions.

In the skills gaps report, agencies generally followed a methodology that OPM outlined. They used a multi-factor model to look at mission-critical occupations in their workforce. Then they determined which factors were really leading to skills gaps, developed response plans, and continually monitored and reported progress to OPM. Agencies measured progress through data on two-year retention rates, time to hire, quit rates and more.

“The best strategies were the ones where they had a very strong FAST in place, where they were meeting quarterly, where they laid out the strategies, and then they followed up on the implementation,” Barke said.

The results of OPM’s skills gaps report incorporated data collected between 2016 and 2020. Although the data collection concluded in 2020, it still took two years to release the results of the report.

“We wanted to make sure that we were communicating correctly what we had found and what agencies had done,” Barke said. “We also during that time had an administration transition that we were working through, so we wanted to make sure that we had briefed new leaders on where we were going with this and how we were doing. And then we had our own internal clearance processes that we needed to work through … [We] would have loved [for the report] to have gone out a little bit [timelier], but we were glad we were eventually able to get it out.”

Notably, strategic human capital management has remained on the Government Accountability Office’s high-risk list since 2001, with much of the problem stemming from skills gaps in the federal workforce. Skills gaps also played a “significant role” in 22 of the 35 other high-risk areas, GAO said. But many of GAO’s recommendations to OPM around strategic human capital management still remain open.

“GAO asked us to really take a hard look at the methodology that we were using between 2011 and 2015,” Barke said. “That’s where we really created a lot of these processes that we think really help and support agencies.”

OPM’s latest report encompasses only a specific window of time, during which the agency said the economist and auditor positions were no longer high risk, while HR, cybersecurity and acquisition remained high-risk. It’s also not guaranteed that an area that’s no longer high-risk will remain that way. OPM said it makes continuous efforts to engage with agencies to consistently address these gaps, including through quarterly HR reviews and human capital reviews.

“As often as necessary, we provide feedback, we see where gaps are and we work closely with them to ensure that they have that infrastructure in there to be able to address those skills gaps,” Barke said. “We think that we’re moving in the right direction, but there are always going to be opportunities to close skills gaps.” 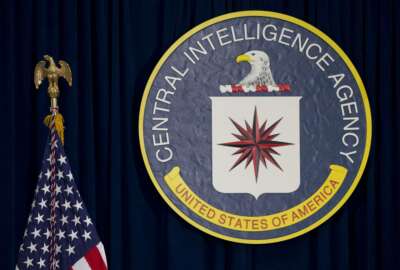