This story has been updated at 1 p.m. on July 3, 2018 to reflect additional informational from VA.

To gain a better view of a larger scope of employees, the Veterans Affairs Department has dropped the Federal Employee Viewpoint Survey (FEVS) in favor of its own agencywide review.

This story has been updated at 1 p.m. on July 3, 2018 to reflect additional informational from VA.

To gain a better view of a larger scope of employees, the Veterans Affairs Department has dropped the Federal Employee Viewpoint Survey (FEVS) in favor of its own agencywide review.

It’s part of a new approach VA is taking when it comes to human resources management, said Peter Shelby, the agency’s assistant secretary for human resources and administration.

The Office of Personnel Management, which administers the FEVS, emails the survey to a select number of employees each year. More than 485,000 employees across government responded and participated in the 2017 survey — about 100,000 employees more than VA’s total workforce.

VA’s new survey does include some aspects of the current FEVS, including the mandatory questions that OPM includes in the governmentwide version and other questions that are of interest to the department.

“This approach takes the best questions from both surveys, reduces survey fatigue and allows the agency to use metrics from both surveys that help the organization improve employee engagement,” VA spokesman Curt Cashour wrote in an email.

The department also developed dashboards to help VA supervisors parse through employee engagement data for their own work units. The VA survey lets all supervisors, even those who manage only a handful employees, see and analyze results from their small work units.

“It takes that local supervisor in that work unit to figure out what the issues are and solve them together with a small team,” he said.

VA also worked with the Partnership for Public Service, so the department could use the results of its own survey to inform this year’s upcoming Best Places to Work rankings.

The decision to drop the FEVS was met with some push back, Shelby acknowledged.

“We need better data, targeted data,” he said. “We’re not a typical government administrative function serving citizens. We are the largest integrated health care system in the world.”

VA’s National Center for Organizational Development in Cincinnati, Ohio, developed a single strategy for all of the agency’s facilities across the country, but Shelby expects each individual medical center, cemetery, benefits office and others to implement that strategy on a local level.

The department’s decision to measure employee engagement in this way is part of VA’s evolving approach to human resources: the agency develops a national strategy that it can push down to individual VA facilities.

“You must, absolutely, empower the employees to build the solutions, that’s why you need to get down to individual supervisors,” he said. “As a team, they focus on what’s important to them, and they implement it together so there’s ownership in the implementation.”

In recent years, employee engagement and morale have typically been low within the department. VA in 2017 ranked 17 out of 18 among large agencies on the Partnership’s Best Places to Work rankings. VA employee engagement dropped less than 1 percentage point between 2016 and 2017. The agency’s employees have described low morale in the past.

Shelby is coupling VA’s “I CARE” values — Integrity, Commitment, Advocacy, Respect and Excellence — with lessons and messages about “servant leadership.” Those lessons form the backbone of a new “serving leadership” program, which Shelby recently launched.

Former VA Secretary Bob McDonald launched the “I CARE” initiative when he first came to the department in 2014, but Shelby said the agency is trying to double down on those values.

“Where I think we missed the mark before is you teach them the theory and they understand what servant leadership is, [but] then we didn’t give the tools to implement that,” he said. “This new program is giving … supervisors tools to change their behaviors [and] change how they communicate around it.

Supervisors are holding “book club” meetings to discuss literature on leadership. Three cohorts of top-level executives are paying special attention to these themes, so they can eventually serve as an agency-wide example, Shelby said.

VA is also focused on cleaning up its human capital systems. The effort again is part of the department’s enterprise-wide approach to HR, Shelby said.

“We’re huge; we have a lot of facilities, and they didn’t have all their needs met centrally,” he said. “There’s over 700 contracts for a single learning capability. You can’t run an organization like that. Like OPM, I don’t necessarily need to get to one system, but we have to pare it down and identify the requirements and have a couple of systems that meet those requirements — as long as they all talk to each other.” 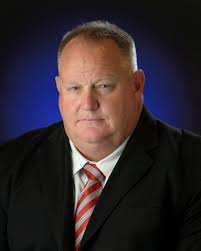 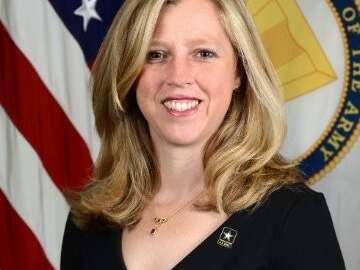