This week, the Army took some concrete steps to make good on its longstanding promise to move its personnel policies beyond the industrial age, including by publishing a new, comprehensive “People Strategy” and rolling out a new process to assess its officers for command jobs.

This week, the Army took some concrete steps to make good on its longstanding promise to move its personnel policies beyond the industrial age, including by publishing a new, comprehensive “People Strategy” and rolling out a new process to assess its officers for command jobs.

Gen. James McConville, the Army’s new chief of staff, said the steps reflected what he said would be a hallmark of his tenure as the service’s top officer: To make people his top priority.

For military personnel in particular, he said the Army wants to find and capitalize on soldiers’ skills that aren’t reflected in the current, two-dimensional system that looks almost exclusively at a person’s rank and career field. Instead, he said the service would adopt a more modern talent management system that manages people on the basis of 25 separate variables.

“It’s a system that recognizes and capitalizes on our people’s knowledge, skills, behaviors and even their preferences,” he said in remarks to the Association of the U.S. Army’s annual conference in Washington. “And I know it’s almost blasphemous to think the Army would actually consider someone’s preferences, where they want to go and what they want to do, but we believe if we can get the right person in the right job at the right time, we will have a better Army and more committed soldiers and families.”

As an opening effort, the Army will begin to change the mechanisms it uses to pick the commanders of its battalions — essentially the entry point for the Army’s senior officer cadre. Until now, those jobs have been based entirely on past performance, allocated by selection boards solely on the basis of a candidate’s prior officer evaluation reports.

Under the new Battalion Command Assessment Program (BCAP), screening boards will still look at those OERs — but only as a first step in a new, much more detailed selection process that spans over five days.

“It allows them to be assessed on their comprehensive leadership assessment battery, which tests out their ability to lead in the future, there’s a writing and oral communications test, there’s a fitness portion of this to make sure they’re deployable, and there’s also a board where senior officers get to see how they interview. All those come together to give them a score,” McConville said in an interview with Federal News Network. “I think the idea of actually looking the officer in the eye and seeing how they performed side-by-side with their peers will give us a much, much better picture of who our future leaders are.”

McConville said it’s conceivable that the Army could expand the system to also screen candidates for other senior leadership positions, such as brigade commanders and battalion command sergeants major, but the service wants to see some initial results from the BCAP program first. 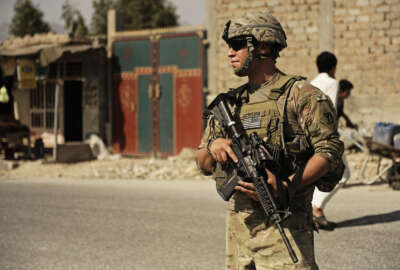 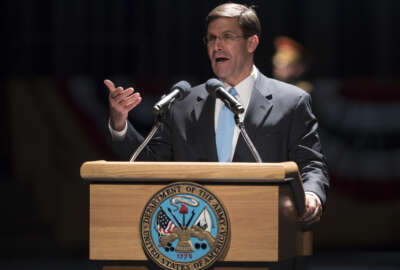 The new people strategy is much broader. It also aims to give the Army a more detailed view of its population of 3.5 million soldiers, civilians, family members and retirees, but the policy and programmatic changes that might flow from it are still a while off.

It lays out a series of principles that the Army says will let it manage its soldiers and civilians in a more deliberate way, based on their talents, rather than simply “distributing personnel.” And it assigns various Army leaders with developing implementation plans to carry it out along several separate lines of effort and “critical enablers.”

The Army’s deputy chief of staff for personnel (G-1), for example, is tasked with finding new ways to “employ talent.”

The G-1 will “Provide soldiers and civilians with positions that unleash their passions and talents, maximizing performance and productivity in both the operating and generating forces, “according to the document. “Create dynamic feedback mechanisms to measure the effectiveness of talent alignment efforts, identify soldier and civilian talent gaps, and refine Army developmental programs to close those gaps.”

The leaders of the individual lines of effort are not surprising — Training and Doctrine Command, for example, is in charge of talent development — but the plan gives the service its first cohesive framework to start incorporating modern talent management practices into the institutional Army, said Casey Wardynski, the assistant secretary of the Army for manpower and reserve affairs.

“And importantly, the resources will follow. Without a strategy, the resources are sort of working in an environment where they’re competing year-to-year and competing activity-to-activity against each other. With a strategy, now we have a long-term view of what we want to do,” he said. “We’re talking about things like reducing attrition, talent management and our recruiting effort. Who would be our best folks to be in recruiting, and how would we identify them? How would we inspire them and incentivize them? In each of these domains you’ve got disparate efforts that are now brought together in one strategy across the Army, the Guard and reserves. So it’s a big step forward.”

Officials said the forthcoming implementation plans would also make broader use of new legal flexibilities Congress has added to the military personnel system in recent years, such as the ability for service members to separate from the military for a few years, and then return to uniformed service without a penalty to their career prospects.

“We want that to be part of the implementation plan,” said Gen. Paul Funk, the commander of Training and Doctrine Command. “We’ve lost talent because somebody wants to go out and have a baby, but they’re afraid they’re going to get behind. We’ve got to look at all these things, because we know it’s expensive to train a soldier. The more opportunities we get to use their talents in the right places at the right time is critical to us.”

The Army also wants to create more “permeability” between the various portions of its workforce — not just the uniformed active, guard, and reserve — but the civilian cadre as well. And leaders think the Army’s ability to find the right spot for any particular individual will continue to increase as the service continues to implement a unified IT system called Integrated Pay and Personnel System-Army (IPPS-A) alongside the new strategy.

“The beauty of the talent management system is it’ll cover all the total Army,” Wardynski said. “So if somebody is nearing the end of their active service, or maybe the guard or reserve, the aperture would open so that the civilian part of the army could see that this is talent that’s going to be flowing out of the uniformed side and draw them in. Right now, that doesn’t exist, but we can envision that with IPPS-A as those systems come online.”

An implementation plan specific to the civilian workforce could be released as soon as this week, offering more details about how the Army will apply the new talent management principles to its more than 200,000 non-uniformed employees.

Before his recent confirmation as secretary of Defense, Mark Esper, the former Army secretary, sometimes complained in public addresses about how little control the existing processes gave him over civilian employees — including how quickly he could hire them.

But Wardynski said civilian personnel management is “way up” on the list of reforms the Army plans to tackle under the new strategy.

“It talks to things like the internship programs we use to acquire talent in some key fields, and we’ll be addressing things like time-to-hire and making more use of direct hire authority,” he said. “There’s a great deal of focus. The civilian workforce is vital to our success.”