Some significant movement is expected on infrastructure spending in the U.S. House this week. Lawmakers plan to vote on a more than $500 billion water and transportation package. That’s just one piece of House Democrats’ ambitions for infrastructure this year, and it’s separate from the approach the White House and the Senate are discussing. To bring us...

Some significant movement is expected on infrastructure spending in the U.S. House this week. Lawmakers plan to vote on a more than $500 billion water and transportation package. That’s just one piece of House Democrats’ ambitions for infrastructure this year, and it’s separate from the approach the White House and the Senate are discussing. To bring us up to speed on the Hill, Federal Drive with Tom Temin was joined by Loren Duggan, deputy news director for Bloomberg Government.

Jared Serbu: Okay, Loren. So it sounds like we have an infrastructure deal, at least between the White House and the Senate. But the House appears to still kind of be doing its own thing, what’s coming up this week?

Loren Duggan: Right. These are two things moving on separate tracks. So, there was the big announcement last week on Thursday, with President Biden having met with five republicans and five democrats who had been huddled trying to come up with a bipartisan plan that they could try and move forward with. There was a deal reached last week, it would provide 579 billion in new money over the next five years. And they also look at 1.2 trillion over the next eight years. So that bill is still being drafted. It was more of an agreement in principle, a framework, than an actual piece of legislation. That’s a little bit different than what we’ll see in the House this week, which is a fully written 1,500-plus page bill that was put together by the House Transportation and Infrastructure Committee, that makes up the routine reauthorization of highway transit and rail programs that’s usually done every five years or so. That bill when it came out of committee, mostly had democratic support. We may see a vote this week that’s mostly again, democrats. But they said that they were going to proceed with this, notwithstanding the bipartisan deal, because there’s still interest among democrats in a separate piece of legislation in the future that might be over and above what this bipartisan plan was. So there’s a lot of moving pieces in this infrastructure debate. We’ll see a lot of focus this week, though, on the big House bill, which could be part of it. Maybe some of that will make it into the bipartisan plan. And maybe we’ll see it separately in different legislation later in the year.

Jared Serbu: Yeah, I was just gonna ask, do we know how the Senate would treat these distinct issues, the surface transportation and the water issue? Would they consider that to be part of the agreement that they reached with the White House? Or would they move that legislation potentially separately?

Loren Duggan: We’ll have to see because two committees have already written their parts. The Environment and Public Works Committee had a highway bill that it reported out, and then the Commerce Science and Transportation Committee had its safety provisions that it had put out. We were still waiting for the transit provisions, which are from yet another committee, the Banking Housing and Urban Affairs Committee. And then a fourth part that also will be key is how to pay for it. And the Senate Finance Committee would have looked at that. So, there’s still more work to be done on that portion. And the pay force or the offsets part of this discussion is going to be huge. The bipartisan deal did have a list of offsets that everyone had agreed to. Things like extending customs users fees, looking at some financing proposals, fixing UI, closing the tax gap and claiming savings from that. So there’s some money there. What hadn’t been progressing is kind of an agreement on how to pay for the standard surface transportation bill. That’s been an issue because the gas tax was last raised in the early ’90s, hasn’t kept pace with inflation. And of course, the cars we drive today use less fuel, are more fuel efficient, and then some cars don’t even use fuel because there are electric vehicles now. So, there’s still a longer term question that lawmakers will wrestle with about how to pay for what was a user finance system. So that hasn’t been decided yet. And we’ll be watching for elements of the debate going forward on that.

Jared Serbu: And back on the House side, another noteworthy thing about this bill is it’s one of the first big representations of the return of earmarks. I think there already are some at the committee level. Could this bill ballooned to an even larger size once it starts getting amended, if it’s going to get amended on the floor?

Loren Duggan: Well, they’ll probably try to keep the earmarks within the total. And that’s usually what they do, is look at some of these programs that have allocations and try to carve out the money at the congressional level rather than letting formulas do the work or letting state governments, once they get this money, use that there. So, I think the size of the bill may stay where it is. But we’ll be watching those earmarks closely as the House deals with this, and then maybe in eventual conference versions as well.

Jared Serbu: And moving on to another issue in the House this week. I understand there’s going to be votes on a measure that would enhance the authority of inspectors general stick up for them in various other ways. What’s going on there?

Loren Duggan: That’s right. This is a bill that cobbles together several different ideas. And the proponents of it say that it responds to things they didn’t like about IGs under the Trump administration in particular. One of the things that would do is make it harder to get rid of an IG, it could only be for specified reasons. And you’d also have to provide notice to Congress. It’s also trying to get the president to act sooner on vacancies when they come open so that IG offices don’t sit without a confirmed or full leader for too long. And so this bill is kind of a good government package of things. Not everyone likes it though. One of the things that U.S. attorneys didn’t like is a proposal that would shift who handles cases against attorneys within the DOJ, it would shift it from the Office of Professional Responsibility over to the IG of the Justice Department. That idea wasn’t popular with them. And I don’t know that this is going to get the kind of wide support it might if some of these individual proposals that come up, but that’s an interesting bill to watch this week.

Jared Serbu: Historically, support for inspectors general in the federal government has been a pretty bipartisan issue. But there are some republican detractors on this particular measure. What are kind of their objections?

Loren Duggan: Well, I think it’s just, some of it I think is overly politicizing some aspects of what IGs and what presidents need to do in terms of notifying Congress. One of their arguments, this is all about what happened in the Trump administration, and maybe not the best course of action when dealing with these offices. But some of the kernels here do have bipartisan support like you mentioned. Some of these provisions have companions in the Senate that are sponsored by Charles Grassley, who has been a longtime backer of inspectors general. So, I think there’s elements here that have bipartisanship. But sometimes it’s how these things get packaged, that can cause them to lose some support. And that might be the case here.

Jared Serbu: And meanwhile, in the last couple of minutes before we let you go, bring us up to speed on the appropriations process. Where do things stand at the moment? I know everybody’s getting a slightly late start because of the late release of the White House budget this year.

Loren Duggan: Right. So the House side at least has started full bore on this. Last week they started subcommittee action on four of the 12 bills, and they’re going to pick up with more this week, and try to get a handful through not just subcommittee but the full committee so that when the House goes out on its two-week break, it will have made some progress on this very important task. What we’ve seen so far is a lot of increases on the domestic side, which we anticipated, that was what the Biden administration had proposed and its plan and the democrats in Congress are following suit, maybe not exactly what the Biden administration wanted everywhere, but kind of directionally that’s where we see this going. One of the questions still hanging over this is what the defense/non-defense split will be when you see all the bills rolled together. Congressional republicans had urged a bigger increase for defense than the Biden administration asked for. And even among democrats, there’s a desire to make sure that the defense number hits a certain amount and that that not be reduced in favor of giving more to domestic programs. So there’s still a challenge here when they sit down to write a budget resolution, if they need to square up this defense versus non-defense — the old guns versus butter debate if you will — how that’s going to stack up, how you win sufficient support among democrats where there are calls for cuts, but also calls for increased spending on the defense side. So, we’ve seen these individual bills move out, those will continue to happen, but cobbling together the full picture and seeing how House ideas mesh with Senate bills that have to have some republican support to get through, it’s a long process. I doubt it’ll be done by Sept. 30. We’ll probably be looking at some short-term funding extensions well into the beginning of fiscal 2022. But these early steps show that they’re getting to work on this again, very important task. 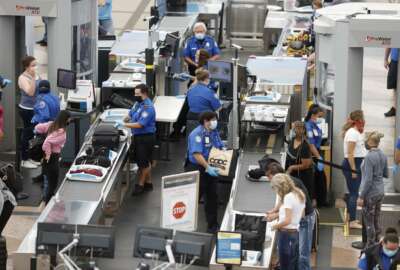 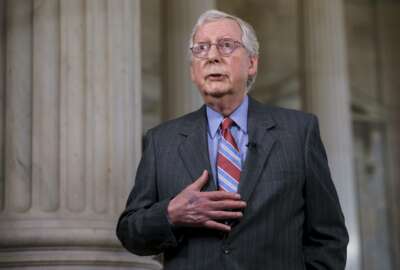 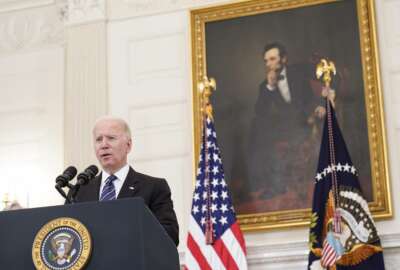