Last week of legislating before Congress departs for August recess

It is the last week of legislating on Capitol Hill before lawmakers depart for more than a month for the August recess. And there is a lot on their plates. Between the defense authorization bill, work on a potential infrastructure package and annual spending legislation, members of Congress are hoping to get at least a few big...

It is the last week of legislating on Capitol Hill before lawmakers depart for more than a month for the August recess. And there is a lot on their plates. Between the defense authorization bill, work on a potential infrastructure package and annual spending legislation, members of Congress are hoping to get at least a few big things finished before the annual district work period. Loren Duggan is deputy news director at Bloomberg Government, and he spoke to Jared Serbu on Federal Drive with Tom Temin to talk about some of what we might see this week.

Jared Serbu: And Loren, it does look like a big chunk of the appropriations process could get done in the House this week. But it’s kind of the low-hanging fruit, the easy bills, right?

Loren Duggan: Well, some years, these bills are easy and some years they’re hard. What they’re looking to do by the end of this week is have as many as 10 of the bills through the chamber. The two that they aren’t dealing with this week and haven’t announced plans really to take up are the defense and homeland security bills. But the other 10 bills covering basically the rest of the domestic side of the government would be tackled over the course of the week, if they get through all of them. The biggest of the bills is a seven-bill package that includes things like the Labor/HHS/Education bill, which is usually the biggest domestic spending bill, as well as the financial services bill that carries a lot of the general government provisions. So that bill is going to cover billions and billions of dollars, and hundreds and hundreds of pages that lawmakers will be poring over and weighing whether to support. So if they got through all 10, that would be a pretty big chunk of the measures they have to deal with. And then they could always tackle the other two later in the year when they come back either on the floor or just as they eventually turned towards negotiations with the senate over a final series of packages that that could be enacted later in the year.

Jared Serbu: Was my kind of tongue-in-cheek assumption at the beginning there right? I mean, are they holding off DoD and DHS for later because there’s going to be a fight over them?

Loren Duggan: There could be a fight over them. One thing with the defense appropriations bill is that the House still hasn’t finished worked on its authorization bill, which is usually something that they tried to do in tandem. You’re gonna authorize a certain amount of money to go to the Pentagon and to the various programs that fall under national defense. And you’d also try to reflect that in the appropriations bill. So that could be part of it. Defense and Homeland Security are in line for increases, but not as big as some of the increases that are going to happen in other government departments under the bills that appropriators wrote. And one of the things that I think is still hanging over all this is there’s not really an agreement yet among Democrats about how much to spend on the Defense Department. There’s calls from some people to at least go with the $715 billion in total that the administration wanted. But there’s also calls for a little bit more and some pressure among Democrats to provide less just because they would rather see us spend more on the domestic side of the ledger than on defense priorities. So with a very narrow majority in the House, Democrats may still be tinkering with what their eventual defense number will look like. So that may be one reason this is waiting for later.

Jared Serbu: Yeah and that’s actually a good segue to another topic, which is the National Defense Authorization Act. The Senate passed, or the Senate Armed Services Committee, I should say, passed theirs last week, at a pretty substantially higher level than the Biden administration proposed, which is different than what the House Appropriations Committee did, which was right in line with the Biden proposal. So there’s already a disparity there between the House and Senate, not necessarily on the same bills, but more broadly.

Loren Duggan: Right. I mean, that been one of the questions all along, I think it’s what are they going to spend in total on defense? And you’re right, the Senate Armed Services Committee came in at $25 billion above what the Biden administration had asked for, and they did it with a pretty lopsided bipartisan vote, too, it’s worth noting. So Democrats and Republicans agreed on that higher number for the Senate side. We’ll see what happens as that moves to the floor. And as there’s broader debates coming up about maybe a budget resolution that will indicate what they want to do on defense spending long term, both for this upcoming fiscal year starting Oct. 1 and beyond that. We’ll have to see if what the number is that comes out on the House side, which is going to be working on its bill this week at the subcommittee level and then perhaps the full committee level later on for debate in the fall once they get back from their August recess. So I think that top line number is not set in stone, it’s certainly an opening position with the Senate Armed Services NDAA bill, but probably not the final word on that matter.

Jared Serbu: And then quickly back to appropriations – even if the House knocks out a big chunk of these this week, it doesn’t really tell us much about whether we’ll get the whole thing done before the end of the fiscal year because the Senate’s quite a bit behind on the appropriations process in comparison to the House if I’m remembering right.

Loren Duggan: That’s correct. The Senate doesn’t have an agreed upon top-line number that would help them write the 12 bills. There are some plans to take bills to the Senate committee before the recess, perhaps even before they figured out all the top line questions, but maybe get some of those out of committee, so that there begins to be House and Senate positions on some of these bills. And then there’s going to be a lot of debate later on about some of the riders that the House bills have dropped from previous years. So things like the Hyde Amendment about how federal funding can be used for abortions and limits thereon, and some of the other language in the dozen bills that have traditionally been riding on there, at least riding on there in recent years that Republicans oppose the removal of. So even if these bills get through the House, there’s still gonna be a lot to work out with the Senate on both the funding priorities, and then some of the policy language that would ride along with those pieces of legislation.

Jared Serbu: And one more spending piece before we let you go, Loren, the Senate, also I guess, may start some movement this week on infrastructure spending, which is going to dwarf anything we might see in the appropriations bills.

Loren Duggan: Right. This is a longer term legislation that would authorize funding over a series of years. We saw the test vote last week where Majority Leader Charles Schumer tried to get on what they call a “shell bill,” which is not a piece of legislation, that would be the final product, but just a piece of legislation to carry the work that these bipartisan negotiators have been chipping away at for a couple of weeks now. He said that they won’t leave for the summer recess until they tackle an infrastructure plan, most likely this bipartisan proposal, if they can get it together, as well as that budget resolution that would set up a reconciliation process later in the year where committees would cobble together $3.5 trillion worth of spending in what’s called either human infrastructure or soft infrastructure, social programs, touching paid leave and childcare – any other number of programs that the Biden administration and congressional Democrats really want to see enacted. So we could see a lot of votes this week on infrastructure if it’s ready to go. But I think we might see this slip for a week or even two, as the Senate just tries to process these two important pieces of legislation that are top priorities for Democrats.

Jared Serbu: All right, definitely a lot to watch on the Hill this week. Thank you very much, Loren. Loren Duggan is deputy news director at Bloomberg Government. Thanks very much. 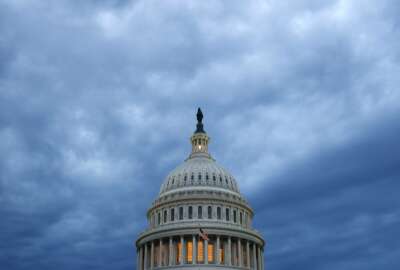 Congress should invest in programs — and management 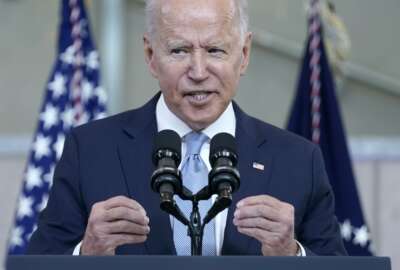 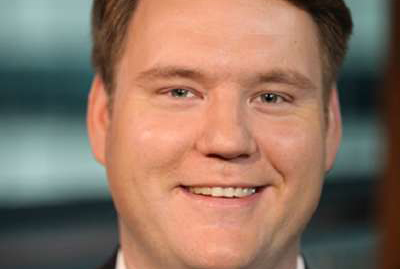