Congress will take up 1-week stopgap to keep government running through Dec. 18

In an effort to avoid a government shutdown Friday, Congress will vote this week on a temporary stopgap funding measure instead of a permanent, catch-all spending bill like lawmakers had originally hoped.

A week-long CR would buy lawmakers more time to negotiate over the details of a broad omnibus spending package — or another temporary funding stopgap if members can’t reach an agreement within the next few days.

“We’ve reached a time of year when the Senate has more important outstanding business than it has days to complete it,” Majority Leader Mitch McConnell (R-Ky.) said Monday afternoon from the Senate floor. “On government funding, as I’ve said for weeks, it’s my hope that our committees’ work will bear fruit and a full-year funding package will come to the floor in both chambers. I anticipate that the Senate will take up a one-week extension this week so the government does not close on Dec. 11 and work can continue through the end of next week.”

It’s still unclear whether congressional leaders will strike a deal on another COVID-19 relief package during the next two weeks. House Speaker Nancy Pelosi (D-Calif.) said last week she wanted to incorporate COVID relief with an omnibus spending package.

Congressional leaders have repeatedly said they want to avoid a government shutdown at the end of the year, but some agencies have updated their contingency plans for the worst.

Most have updated their plans after the last partial government shutdown kept some agencies closed for a record 35 days. But as of Monday, 12 agencies had updated their contingency plans in 2020.

The Department of Health and Human Services, for example, has an extensive contingency plan in the event of a lapse in appropriations during the ongoing coronavirus pandemic.

“HHS will use the full extent of the authority under the Antideficiency Act (ADA) to maintain existing HHS activities, including COVID-19 response, research and vaccine and therapeutic development,” the department wrote in its shutdown contingency plan, last updated Sept. 28.

The Coronavirus Aid, Relief and Economic Security (CARES) Act , plus other multi-year funding, will keep much of the Centers for Disease Control and Prevention, National Institutes of Health and the Office of the Assistant Secretary for Preparedness and Response working during a government shutdown.

In the event of a government shutdown during the pandemic, NIH employees will be ready to continue their support of Operation Warp Speed, HHS said.

User fees and supplemental funding will keep much of the  Food and Drug Administration open and ready to make emergency-use authorizations and other important reviews during the pandemic, HHS said.

Mandatory and carryover funding and user fees are responsible for keeping 31,657 HHS employees working with pay during a potential government shutdown in 2021, including some 12,000 Indian Health Service employees.

All told, HHS estimated it would retain 46,376 employees, or 56% of its workforce, during a government shutdown in fiscal 2021. Another 35,992 HHS employees would be furloughed.

The Social Security Administration said it too will tap into CARES Act funding, which doesn’t expire until September 2021, to keep relevant pandemic activities running in the event of a government shutdown.

Exceptions under the Antideficiency Act allow SSA to except roughly 54,000 employees from furlough, SSA Commissioner Andrew Saul said in a Sept. 23 update to OMB.

“The functions of the excepted employees will remain largely the same as those described in our most recent plans. We are also excepting additional staff to support our information technology programmatic applications and infrastructure, including those activities supported by carryover funds for our IT modernization, and our fraud prevention activities related to the timely and accurate payment of benefits to the public,” Saul said.

About 9,000 SSA employees would be furloughed according to the agency’s latest shutdown contingency plan. 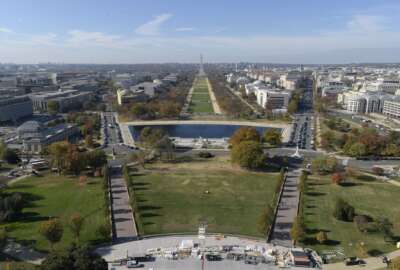 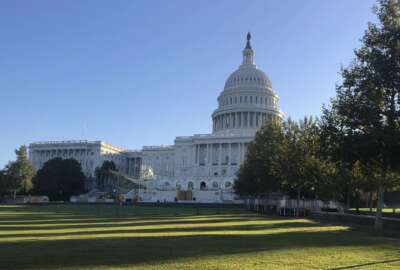 What’s left on the end-of-year to-do list? Just about everything!