A little less than a year after the Office of Personnel Management began a new campaign to improve the federal hiring process, the Obama administration wants to put agencies on a path that institutionalizes those lessons so they live on past Jan. 21.

New guidance from the Office of Management and Budget and OPM officially details three objectives that will help agencies better recruit and hire new talent and seven practices that will help them achieve...

A little less than a year after the Office of Personnel Management began a new campaign to improve the federal hiring process, the Obama administration wants to put agencies on a path that institutionalizes those lessons so they live on past Jan. 21.

New guidance from the Office of Management and Budget and OPM officially details three objectives that will help agencies better recruit and hire new talent and seven practices that will help them achieve success, as well as a timeline to help them get there.

The objectives and best practices come from the feedback OPM heard during its Hiring Excellence campaign, which the agency launched early this year. The goal has been to better educate HR specialists and hiring managers about the wide variety of authorities and flexibilities they already have to recruit and hire new talent.

“These objectives, and the proven practices identified to help achieve them, will enable agencies to attract highly qualified and diverse talent through engaged and empowered hiring managers, while also offering agencies the flexibility to tailor a selection of these proven practices to best fit and address their individual needs and challenges,” acting OPM Director Beth Cobert and OMB Senior Advisor Andrew Mayock said in a Nov. 1 blog post announcing the new guidance.

Cobert said earlier this year the campaign would help OPM institutionalize some of the best practices it’s seen in pockets across government.

OPM has spent the better part of this year traveling to agency field offices at 22 cities across the country to train hiring managers and HR specialists. And the agency used the feedback it received from more than 3,000 supervisors and HR managers at 33 Hiring Excellence forums to inform this new guidance.

The Hiring Excellence objectives and best practices are:

By Nov. 14, OPM will send agencies data specific to their organizations that’s designed to help target areas in the hiring process that need special attention, the memo said.

By Dec. 16, OPM wants agencies to pick at least three of the seven best practices and develop specific plans to act on them for fiscal 2017. Agencies should also select a few people for their organization’s own Hiring Excellence team, which the chief human capital officer and another senior official will lead.

OPM will give agencies feedback on their plans by January. Department heads and deputy secretaries should regularly brief OMB on their progress, while agency CHCOs should build metrics for achieving their plans into performance plans, the guidance said.

OPM will hold regular meetings with agencies to discuss their challenges and successes. It’s also developing more human resources courses, which are tentatively scheduled to begin in early 2017.

“To ensure we have an HR workforce that is highly-skilled and able to meet the demands of federal talent acquisition strategies, OPM is partnering with the CHCO Council to build a comprehensive curriculum of HR training and education,” the guidance said.

But she hopes OPM begins to pay more attention to how it helps agencies improve those relationships among hiring and HR specialists who may work in different parts of the country. It’s one nuance to the hiring process that the guidance doesn’t address, Buchholz said.

“You may have a situation where your HR office is in Rockville, [Maryland] and your hiring manager is Oregon,” she said. “It makes it really hard for there to be a relationship between the HR professional and the hiring manager that’s trying to get somebody on board in Oregon. That’s the part where I’m really hopeful that OPM is going to think through how technology can help those issues.”

More attention to federal hiring seems welcome. Out of all the mission support functions they receive, federal managers say they’re the least satisfied with the quality of federal recruiting and hiring services, according to the results of GSA’s Customer Satisfaction Survey.

The challenges that agencies have to recruit and hire top talent are well-documented, but recent data from chief human capital officers reaffirms those concerns.

About 60 percent of managers said they weren’t actively involved in recruiting for a job, according to the results of the 2015 and 2016 CHCO Hiring Manager Satisfaction Survey. One-third of hiring managers said they did not work with HR to discuss what skills they were looking for from their candidates.

About 59 percent of federal managers said they were satisfied with the overall hiring process. Other survey results show a slight uptick in satisfaction on other areas of the survey.

Members of the Chief Human Capital Officers Council said improving the hiring process was one of its top priorities in 2017.

The Nov. 1 memo is yet another piece of guidance out of OMB in the final days of the Obama administration, but Buchholz said she doesn’t see that — or the timeline that OPM gave agencies to develop action plans — as a problem.

“If you’re going to pick things to be issuing late in the game, this is actually a really good one to pick,” she said.

Margot Conrad, director of education and outreach at the Partnership for Public Service, said the memo doesn’t necessarily offer any new solutions but highlights strategies agencies can — and should — already being doing.

“The administration has provided a solid framework, and now it is up to agencies to implement it,” she said. “Agencies must also empower their human resources teams and equip them with the resources and knowledge necessary to support individual hiring managers.”

Buchholz said the new guidance doesn’t attempt to solve some of the more entrenched problems government has with its hiring system, but it does give agencies an organized tool to help them continue their work on the topic through the transition and change in administration.

“They are not attempting to claim it’s something new,” she said. “Sometimes we see this come out of OPM and other agencies as well that declare a new program. But everything that’s in the instructions is all things we could have always done before. I think what they’re trying to do is say, ‘Let’s do the best job we can with the available tools and resources that we have,’ and there are a lot of them.” 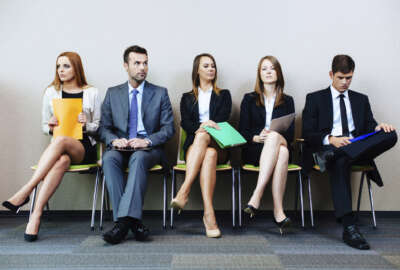 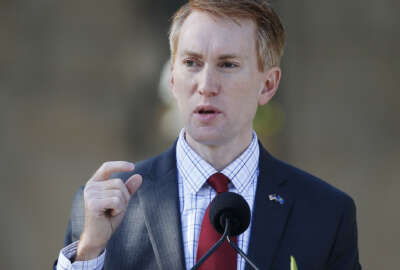