The yearlong pandemic situation has pressure-tested the governmental custom experience

Government agencies at all levels have been stressed by the pandemic, it’s fair to say. A symptom of that stress has been decidedly mixed levels of customer service and customer experience. Forrester Research Vice President Rick Parrish joined Federal Drive with Tom Temin to give a progress report.

Government agencies at all levels have been stressed by the pandemic, it’s fair to say. A symptom of that stress has been decidedly mixed levels of customer service and customer experience. Forrester Research Vice President Rick Parrish joined Federal Drive with Tom Temin to give a progress report.

Tom Temin: Rick, good to have you back.

Rick Parrish: Hey, good to be here, thanks.

Tom Temin: And we spoke a few months ago when your annual report of federal customer service came out. And it you know, lags in general behind the private sector. But let’s face it, the private sector has had its issues in the pandemic. What’s your sense of how government is doing in general?

Rick Parrish: My sense is that yes, government does still lag. But folks in government at all levels have been working extra hard, harder than I think a lot of the private sector has been working, frankly, in a lot of areas. And we’ve seen a lot of cases of really great progress and really great innovation. And I think one of the things that I’ve seen that is especially encouraging is not just momentary innovation, the occasional rollout of some new shiny object, but a real systematic, sustained approach to innovation and customer experience throughout government that I think is going to yield some sustainable results rather than reverting back to the old normal.

Tom Temin: Any examples that come to mind that have done well?

Rick Parrish: Sure. So we’ve certainly seen certainly been news about, say some vaccination websites and such that haven’t gone as well as folks would have liked them to. But there have also been a lot of great spots. The state of Virginia, for instance, has, by all accounts a – and I found it to be personally a very user-friendly, good user experience vaccination website that seems to be quite usable by folks in different demographic groups who otherwise might have trouble with digital. We’ve seen a lot of state governments, for instance, also, as a result of legislation, as a result of executive orders, and such really start to take a more holistic approach to customer experience. The state of Pennsylvania jumps out at me, for instance. They have a governor’s mandate to improve the quality of the digital customer experience. And that’s what I think of as this kind of holistic systematic approach to improving the customer experience, rather than in the past where government organizations were more likely to say, oh well let’s just tack a chatbot onto the end of this thing. And that’ll do the job. They’ve really backed up and said what can we do strategically here? That’s refreshing.

Tom Temin: Because the local newspaper here had a column chiding one of the drugstore chains for its poor customer experience in trying to get a COVID vaccine. My personal experience, though, was with CVS, and I had signed up to the state, and of course, nothing happens or the county, but I found they had some appointments, and I qualify under what’s being given out now. And it was really a fast, efficient, easy-to-use big numbers, big boxes to check off. And within moments, the only thing I needed was a certain federal number, that I had to go dig out somewhere and enter, which that’s who’s paying for it, so why not? But I got the sense that there was good integration between CVS and the federal databases so that they can, for example, verify my Medicare number.

Rick Parrish: Yeah, that’s some of this kind of under-the-hood stuff that’s really been going on that is a really big part of the success stories here, is the public-private partnerships that have gone on here. And really, the lifeblood of a lot of those public-private partnerships is data sharing. And it’s interesting when I talk to government folks about hurdles to improving the customer experience, especially public-private partnerships, interagency and such, data sharing is one of the key things that comes up. And when you start talking data sharing, right away, people say, well, there’s a lot of regulatory hurdles, to data sharing. And that’s true to a degree, but we find is that when you dig deeper, most of the hurdles, not all, but most of the hurdles to data sharing are actually cultural hurdles. This agency doesn’t trust the agency down the street, which doesn’t trust this company, which doesn’t trust that company. And in a crisis, some of those cultural issues tend to fall away. You get some greater interagency trust, those public-private partnerships, things like the NIH and the CDC have really been leaders in things like that over the last year or so. And it’s led to possibilities like what you experienced, that sort of integration that recently as late February of 2020 didn’t seem like possibilities.

Tom Temin: We’re speaking with Rick Parrish, vice president and principal analyst at Forrester Research. And one little gap I’ve noticed at the federal level, not across the board, but in a sense a customer experience issue but that is – not everyone has had their desk phone fail over to their cell phone. And so you call a number and you wonder, will anyone actually pick this up because they’re all teleworking? Some cases it does. Some cases, though, they forgot to do that. And that’s not something the general public would ordinarily use to a specific federal number, but people do because they have phones.

Rick Parrish: Yeah and that really speaks to the different levels of success that government organizations around the country around the world, of course, have had in moving to telework. At first, it was pretty ad hoc in most cases, because most organizations weren’t set up to do it. But some did a lot better than others. In Kentucky, for instance, I think it was their office of unemployment insurance, if I recall correctly, they were able to get employees up and running, from home in like an hour or something, because they had a lot of the technology set up to do this already, they hadn’t planned to, but with various cloud services, etc., they could make that transition. There was some cases in California as well, a couple of 100,000 state employees, were moved over in that way, by having that agile technology infrastructure in place to be able to make those moves and other government organizations weren’t set up to do that sort of thing.

Tom Temin: In some cases, I think it was a function of speed and scale. For example, the Congress gave several agencies a really big job overnight, with the admonition, “Get this money out, get these loans out, get these checks out – right now!” And it was something that these agencies were already equipped to do on a regular cycle. But all of a sudden, they had 1,000% or 10,000% increase in the workload, and rules hadn’t been sufficiently set up so in many ways, agencies were a victim of the circumstances, as much as the general public.

Rick Parrish: They certainly were. And, there’s things that agencies can do to prepare themselves for these sorts of things. By having that technology infrastructure that can scale up quickly. Some government organizations have it, some don’t. When you see that 1,000% increase in the demand for your services etc., which is why early on in the pandemic, we saw a lot of government websites crashing, and that sort of thing. And we still see a lot of delays, a lot of hiccups, because infrastructure still hasn’t become fully scalable. There is also the issue of writing rules and things like that, which can be tricky. But there’s one place where a lot of government organizations found some quick wins here, and where others unfortunately, still haven’t found the wins, which is in the clarity of their communications. Government organizations have never been especially good at communicating with customers clearly. And during the pandemic, when people are extra stressed, extra overworked, extra harried, they’re experiencing a constant high cognitive load and higher level background stress. People aren’t able to read or think as clearly as they were prior to the pandemic. So even government communications that might have been clear prior to the pandemic suddenly become unclear. And this is those cases in which government organizations that have realized that and thought of it have been able to really increase the clarity of their communications. And as I said, realize real quick wins, you know, in terms of the customer experience, that I was just mean, using different words or different sentence structure, although I certainly do mean that. I mean, things like providing proactive, timely updates to folks on things rather than leaving them hanging, or that sort of thing, just to help people feel that they’re not forgotten, that things are up with them. For instance, I mentioned the Virginia vaccine sign-up website a little while ago, and I was pleasantly surprised to see that I get a weekly email from them that just says, “Hey, you’re still on the list. You’re good. We haven’t forgotten about you.” That’s the sort of thing that’s easy to do, and measurably improves the quality of the customer experience.

Tom Temin: You know, that reminds me I’ve been getting all the sudden, weekly emails from the National Park Service, which I’ve never got in my life. I can’t think of when I might have signed up with my email, but they’re pushing, “Hey, get out there into the great outdoors and use us.” So yeah, maybe maybe some lasting benefit?

Rick Parrish: The national parks and state and local parks, all the parks really have been big winners in this and as a power user of public lands myself, that’s encouraging and I certainly hope folks keep up and I certainly hope that governments around the country can keep the funding up they need to make sure to create the infrastructure necessarily to handle those sorts of crowds that didn’t always go so smoothly last summer.

Tom Temin: Sure, and you do have your national parks passport with lots of stamps, right?

Tom Temin: All right. Rick Parrish is vice president and principal analyst at Forrester Research. Thanks so much.

Rick Parrish: Hey, good to talk to you.

Tom Temin: We’ll post this interview at FederalNewsNetwork.com/FederalDrive. Subscribe to the Federal Drive at Podcastone or wherever you get your shows. 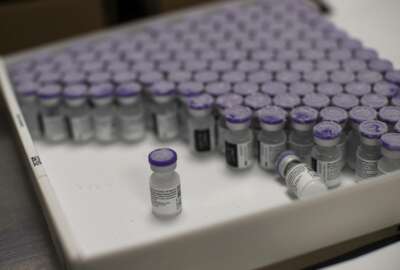 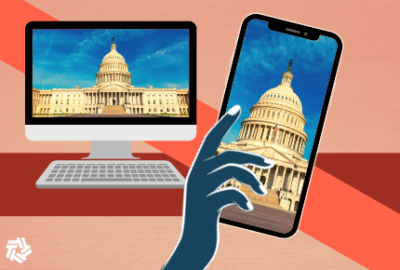 Will 2021 be the year of government customer experience? 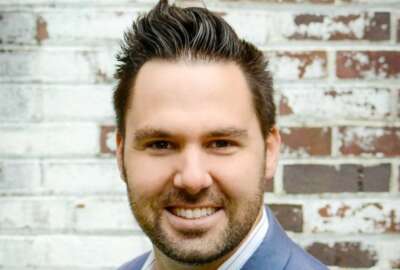