In the final month of the year, a group of House Democrats and Republicans are joining the National Treasury Employee Union in calling for pay parity in 2018 between members of the military and civilian federal employees.

In a letter to President Donald Trump, seven Democrats and five Republicans asked that he reconsider the alternative pay plan he announced back in August. In that plan for 2018, Trump set a 1.4 percent average pay raise for most civilian employees and uniformed service members, along with an additional 0.5 percent adjusted for locality pay.

But Congress used its authority and included a 2.4 percent pay raise for members of the military in the 2018 National Defense Authorization Act. Both the House and Senate passed the defense authorization bill, but the president hasn’t signed it yet.

“We feel strongly that federal employees are an asset to the federal government and deserve parity with respect to pay increases for the military and for civilian employees,” 12 members wrote in a Dec. 1 letter. “We believe this is crucial to recruiting and retaining the talent necessary for an innovative and effective federal workforce. We hope you will agree and use your authority to increase civilian pay [to] 2.4 percent in 2018.”

An annual across-the-board pay adjustment formula in the Federal Employees Pay Comparability Act typically sets raises for most federal employees under the General Schedule. The president can choose to differ from this formula, and Congress can ultimately propose and pass any alternative numbers in its budget.

But so far, though House and Senate armed services members negotiated a 2.4 percent raise for members of the military, Congress otherwise has been silent on a pay raise for civilian employees, meaning the plan Trump announced over the summer would stand without any other action.

“Unfortunately, federal workers are often vilified and their pay and benefits are constantly under attack,” the members said. “Over the last six years, federal employees have contributed nearly $200 billion to deficit reduction. They have also had to endure pay freezes, hiring freezes, lost salaries as a result of sequestration-related furloughs and higher pension contributions. Most recently, they are reporting to work each day under the uncertainty of whether their positions will still remain after the administration’s reorganization efforts.

The National Treasury Employees Union called for civilian and military pay parity last month and applauded the message House Democrats and Republicans sent to the president.

“This letter is a well-deserved recognition that the civilian workforce, often working alongside their counterparts in the military to deliver vital government services to Americans, deserve a decent raise next year,” NTEU National President Tony Reardon said.

If Trump did decide to boost the 2018 raise for civilian employees, it wouldn’t be the first time a president called for last-minute parity.

President Barack Obama last year sent a letter to Congress in December, which announced his intention to direct all agencies to give their employees a 2.1 percent raise. His new order at the time superseded the pay plan he announced in August 2016, which called for a 1.6 percent average raise for 2017 when combined with locality pay.

Some lawmakers have floated other pay alternatives. 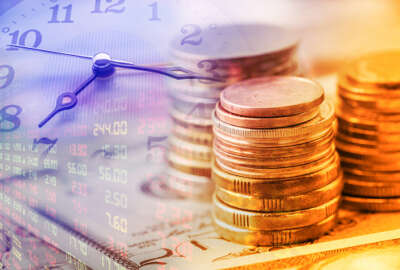 Senate silent on a federal pay raise, and other bills to watch 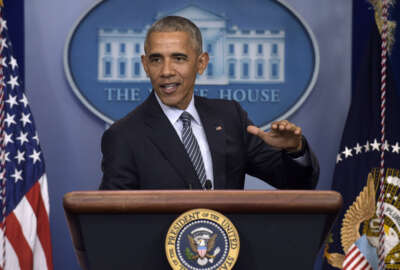