In keeping with what’s become an annual tradition, a bicameral pair of Democrats have introduced legislation to ensure employees receive a federal pay raise in 2021.

The legislation specifies a 3.5% adjustment in basic pay for next year. The bill doesn’t mention...

In keeping with what’s become an annual tradition, a bicameral pair of Democrats have introduced legislation to ensure employees receive a federal pay raise in 2021.

The legislation specifies a 3.5% adjustment in basic pay for next year. The bill doesn’t mention locality pay rates or adjustments.

“We fought hard for several consequential victories last year, but our work on behalf of our dedicated federal workforce is never finished,” Connolly said Tuesday in a statement. “After years of pay freezes, furloughs and Trump shutdowns, federal employees understand better than most that we simply cannot let our guard down while this president is in the White House. The FAIR Act is much-needed, and well-deserved, recognition of our government’s greatest asset — its public servants.”

Federal employee unions were quick to praise the latest iteration of the FAIR Act.

“Our members will be fully engaged in the effort to pass this bill into law and give federal employees the ability to keep doing what they love: serving the public,” Tony Reardon, national president of the National Treasury Employees Union, said Tuesday in a statement.

The American Federation of Government Employees also said it was appreciative of the legislation.

“Our members provide aviation and border security, protect our communities and make sure that the food we eat and the products we use are safe for consumption,” Everett Kelley, AFGE national secretary-treasurer, said in a statement. “AFGE thanks Congressman Connolly and Sen. Schatz for introducing the FAIR Act.  This legislation will not only help restore living standards of federal employees to pre-recession levels, but it will also assist in the recruitment and retention of a high-quality federal workforce.”

Congress has never passed any version of the FAIR Act, and actual federal pay raises have fallen short of the legislation’s expectations most years.

Still, the FAIR Act may set the mark for future conversations about federal pay in 2021, as lawmakers have legislated recent raises through catch-all budget packages for the last two years.

Employees received an average 3.1% federal pay raise — a 2.6% across-the-board increase with an additional 0.5% locality adjustment — in 2020. Congress eventually included the 3.1% raise in one of two minibus spending packages members passed at the end of 2019.

Without congressional intervention, employees would have received a 2.6% federal pay raise in 2020, which President Donald Trump announced earlier last summer. The president had originally planned to freeze federal pay this year but later reversed course.

Employees received a 1.9% retroactive federal raise in 2019, but only after enduring a 35-day government shutdown. Congress eventually agreed to break with the president’s enacted pay freeze and included the federal pay raise in another catch-all omnibus spending package.

Lawmakers were less successful in legislating federal pay raises during the middle of the Obama administration. The workforce endured three consecutive years of federal pay freezes from 2010-2012.

“Whether they manage fisheries for [the National Oceanic and Atmospheric Administration] or care for our veterans at VA hospitals, federal workers in every part of this country and around the world protect and serve the American people,” Schatz said Tuesday. “This legislation allows us to right the wrongs from furloughs, sequestration and pay freezes by giving these hardworking public servants the raise they deserve.”

Meanwhile, employees may soon gain a better sense of where the White House is headed with federal pay in 2021.

The president is expected to release his proposed budget request for fiscal 2021 on Feb. 10. The president’s budget request often indicates his thinking and rationale for federal pay for the following year, though Trump may again change his plans later in the year.

House Majority Leader Steny Hoyer (D-Md.), along with Reps. Don Beyer and Jennifer Wexton (D-Va.), Anthony Brown, Jamie Raskin and John Sarbanes (D-Md.) and District of Columbia Del. Eleanor Holmes Norton (D) are among those who have co-sponsored the latest version of the FAIR Act. 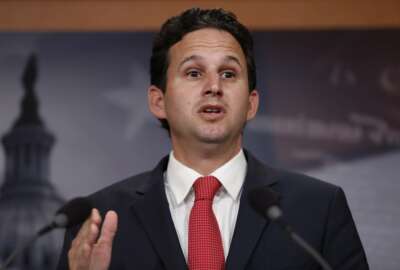