Civilian federal employees are one step closer to a 4.6% across-the-board pay raise in 2023, and for the first time since at least 2014, are inching toward a lift of the pay freeze for political appointees in the Senior Executive Service.

Senate appropriators on the Financial Services and General Government subcommittee aligned with the White House’s federal...

Civilian federal employees are one step closer to a 4.6% across-the-board pay raise in 2023, and for the first time since at least 2014, are inching toward a lift of the pay freeze for political appointees in the Senior Executive Service.

The legislation was one of 12 draft bills that Senate appropriators released, including a total of nearly $1.7 trillion in spending for 2023. The draft bills showed an increase of 10.1% for civilian agencies, and an 8.7% increase for defense spending.

The Senate’s draft spending bill was another move toward President Joe Biden’s federal pay raise request from March. The legislation specifically mentioned the 4.6% raise request, but only in reference to federal employees under a Congressional pay freeze.

For all other civilian federal employees, the draft bill is silent on the White House’s pay proposal. With no mention of the raise in the draft bill for career federal employees, Senate appropriators essentially endorsed Biden’s 4.6% proposal for 2023. The House passed its version of the 2023 financial services and general government bill on July 20, in a vote 220 to 207, as part of a six-bill minibus spending package. The House’s bill also aligned with the White House’s raise request.

But, nothing is official until President Joe Biden signs off on the bill, which must go through by the end of September to avoid a continuing resolution. Any adjustments to the raise would then have to be made through an executive order, which typically comes near the end of the calendar year.

Sen. Chris Van Hollen (D-Md.), the subcommittee’s chairman, said in a July 28 statement that the bill would strike down “any future administration’s ability to fire civil service employees based on policy disagreements, using our civil service as a partisan punching bag and undermining our federal agencies.”

Also in the draft spending bill, the General Services Administration would receive $946 million for construction and acquisition, including $500 million in funding for a new, consolidated FBI headquarters.

The bill also included $392 million for the Office of Personnel Management, an increase of $19 million, or 5%, over the enacted level for 2022.

The Senate’s draft bill zeroed out any funding for the Technology Modernization Fund, although the House’s final version of the spending bill included $100 million for the program.

Notably, the Senate legislation would make Deferred Action for Childhood Arrivals (DACA) recipients eligible for federal employment, and add $7 million to pay federal interns working in the White House and the Executive Office of the President.

Sen. Patrick Leahy (D-Vt.), the Appropriations Committee chairman, urged his colleagues to move forward with the bill, to avoid a continuing resolution, which has become common in recent years.

“The stakes of inaction are too high to not complete our work. The burden of inflation would make a long-term continuing resolution untenable with grave consequences for communities and families across the country and for our national security,” he said in a July 28 press statement. 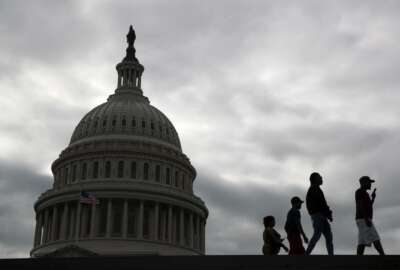 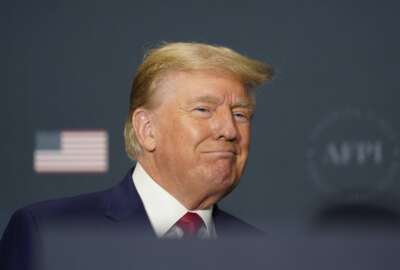