How does locality pay actually work, and where did it come from?

Most civilian federal employees will see a slightly higher number on their paychecks in 2023, but exactly how much more largely depends on where they work.

That’s because in most years, the government breaks down the federal pay raise between a base pay raise and a locality pay raise.

The base pay raise is the amount that all federal employees on the General Schedule will get, regardless of where they work. For 2023, the base...

Most civilian federal employees will see a slightly higher number on their paychecks in 2023, but exactly how much more largely depends on where they work.

That’s because in most years, the government breaks down the federal pay raise between a base pay raise and a locality pay raise.

It all depends on where a federal employee is located. The federal government currently defines 54 different locality pay areas, each with its own independently calculated percentage-based pay raise for civilian federal employees.

The federal government established locality pay in 1990, as part of the Federal Employees Pay Comparability Act (FEPCA). FEPCA was initially meant to counter the growing wage gap between the federal and non-federal job sectors.

According to the Federal Salary Council, a council composed of federal pay experts, the overall average wage gap in 2022 between federal and non-federal occupations was 24.09%.

FEPCA authorizes the funding necessary to reduce the wage gap between federal and non-federal pay down to 5%, but since 1994, no presidential administration of either party has fully adopted FEPCA.

Instead, presidents typically issue what’s called an “alternative pay plan,” which enacts a federal pay raise that’s lower than the gap that the Federal Salary Council calculates. President Joe Biden proposed a 4.6% federal pay raise for 2023, and that plan took effect after Congress declined to take its own action on 2023 pay.

After nearly 30 years of presidents issuing alternative pay plans, the estimated cost to reduce the federal versus non-federal pay disparity down to 5% has grown to approximately $19.2 billion. That cost is a “significant consideration,” according to the latest report from the president’s pay agent, a three-person panel composed of the Labor Department secretary, Office of Management and Budget director and Office of Personnel Management director.

A common misconception is that the government sets locality pay by comparing local living costs, but that’s not actually the case. Instead, locality pay is calculated by comparing wages for federal versus non-federal employees in similar occupations, who live in the same geographic region.

That information comes from the Bureau of Labor Statistics (BLS). The bureau uses the National Compensation Survey (NCS) to measure wage disparities.

The difference in wages, or the pay gap, between the two comparable positions helps determine what the locality pay adjustment should be for a given area.

The president’s pay agent also said that the underlying methodology for calculating locality pay “has lacked credibility since the beginning,” and that’s part of the reason presidential administrations continue to override FEPCA.

“The current pay comparison methodology used in the locality pay program ignores the fact that non-federal pay in a local labor market may be very different between different occupational groups,” the pay agent said. “As currently applied, locality payments in a local labor market may leave some mission-critical occupations significantly underpaid while overpaying others.”

How to calculate your actual raise using locality pay

Federal News Network compiled a table for all GS employees to see what their 2023 pay raise will be.

But it’s important to look at how exactly you get to that end percentage.

To calculate your actual pay raise, first add the base pay percentage, followed by the locality pay percentage. The steps below explain how to do that:

If you don’t want to do the math, the Office of Personnel Management offers a simple GS salary calculator on its website. The agency also has a chart compiling base pay for 2022, as well as one for base pay for 2023.

Who gets locality pay?

Most federal employees on the General Schedule receive locality pay each year, which is determined by their physical location.

Currently, there are 53 distinct locality pay areas, plus a 54th “Rest of U.S.” category that encompasses any GS employees not living in one of those 53 regions.

But none of those changes will go into effect until 2024 at the earliest. A presidential administration first has to publish regulations on the new localities before they become official.

And not everyone working for the federal government receives a locality pay raise. Here’s a list of who doesn’t receive locality pay: 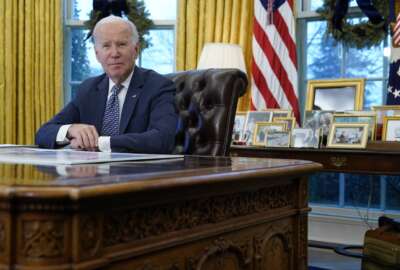 Here are the actual pay raises federal employees will see in 2023, depending on their location 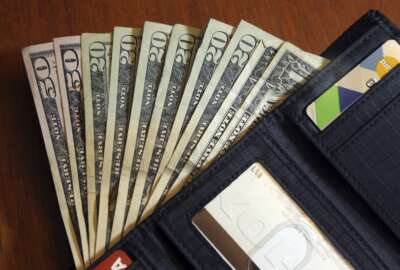