Like leaves changing, federal executives heading into retirement, the private sector or just finding new opportunities in the government is an annual rite of fall.

The executives on the move range from NASA’s chief data officer to the Federal Communications Commission’s head of cybersecurity to the Marshals Service’s chief technology officer.

This is by no means a complete list of every executive in the federal technology sector that moved to a new role over the...

Like leaves changing, federal executives heading into retirement, the private sector or just finding new opportunities in the government is an annual rite of fall.

The executives on the move range from NASA’s chief data officer to the Federal Communications Commission’s head of cybersecurity to the Marshals Service’s chief technology officer.

This is by no means a complete list of every executive in the federal technology sector that moved to a new role over the last few months. If I missed any big moves, feel free to let me know.

Let’s start with some folks in new roles in government.

The CTO at the Marshals Service, Christine Finnelle, is now the new director of enterprise architecture at the Department of Homeland Security.

Finnelle is the second high ranking technology executive to leave the USMS this year. Karl Mathias, the USMS chief information officer, moved to the Department of Health and Human Services in March.

Over at the Department of Veterans Affairs, Kim Pugh announced she is the new director of software-as-a-service (SaaS) in the CIO’s office, coming over from the Veterans Health Administration.

Pugh has worked at VA for 18 years, including the last three years as VHA’s director of investment governance services.

The General Services Administration announced Dan Lopez is the new director of Login.gov. Lopez comes to GSA after serving the last three years as the director of software engineering for the Philadelphia city government.

“Dan holds an extensive background in engineering and leadership, and he hails from Philadelphia. Login.gov program is excited to enter this new chapter with Dan at the helm,” Login.gov tweeted on Nov. 28.

According to his LinkedIn, Lopez started in September.

During his time in Philadelphia, Lopez said he was responsible for phila.gov, critical applications ranging from payments middleware (handling more than $1 billion a year) to the city’s campaign finance system, geographic information system applications like atlas.phila.gov and property.phila.gov, and much more.

GSA advertised for the position in February after it was vacant for the better part of two years. Amos Stone had been acting since August 2019.

The Office of the Federal CIO also filled a long-time vacant role. Mitch Hericks became the permanent director of federal cybersecurity after being the acting director since January.

“A year ago, I took a big leap in moving (back) from New York City to DC for a job working with our Federal CIO Clare Martorana and Federal CISO Chris DeRusha. It’s been a wild ride, but driving forward our implementation of the Executive Order on Improving the Nation’s Cybersecurity has been a once in a lifetime opportunity,” Hericks said on LinkedIn in early October. “I’m grateful to continue working with this team, driving security outcomes across the federal government as director for federal cybersecurity.”

Hericks replaces Steve McAndrews, who left in January to be the deputy CIO at the Energy Department’s National Nuclear Security Administration.

Kevin Dulany, the Defense Department’s CIO’s director of cyber policy and partnerships, retired after 38 years of federal service, including 20 years in the Marines Corps.

“I am truly appreciative for all of the support I have received over my career from leadership, peers, and especially the staff who supported me that really made things happen!” Dulany wrote on LinkedIn in September. “I am also blessed with meeting such great people from not only internally within the department, but throughout the federal space and industry … keep charging and PLEASE — when you are pushing a capability to our warfighters, cybersecurity has to be ‘baked in, not bolted on;’ and last but not least, please keep those military members who are ‘forward deployed in not-so-nice neighborhoods’ in your thoughts and prayers!”

Over at NASA, Ron Thompson, the space agency’s CDO, also called it a federal career on Sept. 30. He retired after over 30 years of federal service, including the last three at NASA and stints at the Agriculture Department, the Census Bureau and HHS.

“Since 1984, when I put on a uniform, I have been serving this great nation as a public servant. I had the opportunity to serve in seven agencies rising through the ranks to the senior executive service — I have been truly blessed. It has been my privilege to serve this wonderful nation and making lifelong friends, benefiting from amazing mentors’ leaders throughout the journey,” Thompson wrote on LinkedIn. “As I reflect back on my time, it is amazing how quickly the time passed and my hope is my contributions made the mission better than I found it and I helped others as I have been helped along the way.”

The IRS and the FCC also saw key executives move on.

Ray Coleman, who had been the IRS’s executive program director of the cloud management office for the last year, became the CIO for Koniag Government Services, an Alaskan Native-owned IT services firm.

Andrea Simpson, the FCC’s chief information security officer, is taking her talents to academia. She joined Howard University in Washington, D.C. in the same capacity.

Simpson had been at the FCC CISO for two years, including the last six months as acting CIO, and joined federal service in 2013. 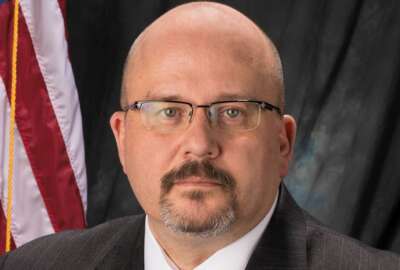