That’s what the Education Department has been learning over the past year, as it plans a mobile version of one of its most popular and highly-used federal student aid tools.

That’s what the Education Department has been learning over the past year, as it plans a mobile version of one of its most popular and highly-used federal student aid tools.

“All we had was a desktop version, and as you might imagine, that was a pretty miserable experience,” Ed Pacchetti, director of customer analytics for the Education Department’s Federal Student Aid (FSA) Office, said Tuesday at the Digital Government Institute’s annual conference in Washington. “I honestly couldn’t believe anybody would be doing the FAFSA on a phone, but for a lot of low-income filers, the only access they have to the web is through a smartphone.”

That meant the experience of applying for federal student aid was a frustrating one for many of the 2 million high school seniors who file the FAFSA every year. Roughly 19 million people complete the application on an annual basis, Pacchetti said.

Pacchetti’s office has spent much of the past year building a mobile version of the FAFSA, called My Student Aid. Education soft-launched the app on Aug. 15, and the department is planning to make it live to the full public on Oct. 1.

With the launch of the new mobile app, FAS is also hopeful that it will soon have visibility into where applicants are stopping or pausing with questions on the FAFSA, so the department will learn more about the pain points with the application, Pacchetti said.

Currently, FAS asks applicants for permission to look at their user data at the end of the FAFSA.

“If they don’t complete it and don’t sign it, we weren’t allowed to have access to that data to see where they stop,” Pacchetti said. “But with the new mobile app, we will get that permission up front, so we’ll be able to look and see where they stop. It’s been very frustrating for us for years to not know where the pain points are within the FAFSA form.”

In addition, FAS has also been exploring how it can design email reminders to specific groups of people.

Previous emails had too many details, Pacchetti said, and students often ignored them if they had too much information.

And because email open-rates are higher among FAS borrowers over the age of 35, Education will begin texting some information to younger students later this fall, Pacchetti said.

“The cost of doing all that was not that much,” he said. “Often times it costs as much to send an ineffective email as it does to send an effective one.”

The Veterans Affairs Department is learning a similar lesson.

The General Services Administration’s Office of Evaluation Studies, a group of researchers and behavioral psychologists, conducted a randomized study for VA, which showed that an email was an ineffective tool for reaching a specific group of veterans.

“That helped them make a case for a more costly touch-point intervention with a phone call,” said Amira Choueiki Boland, deputy director for GSA’s Office of Evaluation Studies. “They implemented that in a randomized way, so they could show [its effectiveness] and so it’s worth it in this instance to be using a higher cost intervention because it’s actually more successful. It can be useful to build evidence when you’re doing that, so that you can justify when you do need to have a more involved touch-point like actively calling someone or even an in-person service center.”

GSA’s Office of Evaluation Studies quietly helped build a body of research that showed U.S. workers, including federal employees and active-duty service members, preferred that their companies and agencies automatically contribute on their behalf to their retirement accounts. Lawmakers ultimately used GSA’s research to authorize what eventually became the blended retirement program, a benefit that military members didn’t have until this year.

Later this fall, Choueiki Boland’s office will release one-page guides for federal agencies to write simpler and more easily-understandable letters and forms for the public.

“There’s this automatic [thought] that we need to have parity between the paper form and the online form,” she said. “That’s often taken to mean we need to have the exact same form online as we have on paper.”

GSA’s forthcoming guidelines will help agencies realize how they can craft their messages and tailor them to specific mediums, Choueiki Boland said. 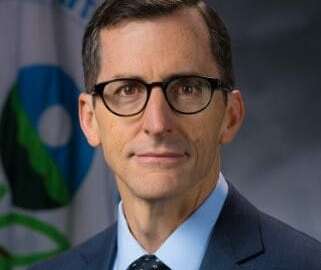 Starting with IT, EPA driving toward a new customer experience