As many as 40% of employees at the Department of Veterans Affairs may be absent from work — due to their own illness or fear of getting sick — during a severe coronavirus outbreak, the agency estimated.

The figure was one of several “planning assumptions” in the department’s coronavirus response plan, which VA made public late last week.

As many as 40% of employees at the Department of Veterans Affairs may be absent from work — due to their own illness or fear of getting sick — during a severe coronavirus outbreak, the agency estimated.

The figure was one of several “planning assumptions” in the department’s coronavirus response plan, which VA made public late last week.

“Public health measures of temporarily closing schools, declaring other closures and quarantining household contacts of infected individuals are likely to increase rates of absenteeism due to employees with school-aged children,” the Veterans Health Administration wrote.

From March 19-24, nearly half of the 54 VA facilities IG staff visited had reported an increase in absenteeism among employees, but facility leaders said they were able to provide coverage.

“Half of the facilities reported a rise in absentee staff due to childcare issues, school closures and planned spring break absences,” the IG said. “One facility reported absenteeism of older employees due to concerns with their own safety in light of COVID-19 risks. Facility leaders reported allocating staff from to needed areas, moving towards telehealth, and offering overtime pay to address staff absences.”

At least 185 VA employees had tested positive for coronavirus as of late last week, Mark Takano (D-Calif.), chairman of the Veterans Affairs Committee, said Friday from the House floor.

The VA didn’t immediately respond to a request for more details about the number of infected agency employees.

VA’s 262-page document describes the department’s four-phase plan for responding to an outbreak like the coronavirus.

The department has already shifted some outpatient care to telehealth capabilities and postponed some elective and non-emergency surgeries.

In addition, the department is dividing inpatient units into two zones, one dedicated for staff and space to care for coronavirus patients, and another zone for everyone else. The goal of these moves, VA said, is to limit the risk of infection to VA medical professionals and leave more staff and resources available to address urgent needs.

VA’s coronavirus response plan also describes the department’s responsibility as the nation’s backup medical system during pandemics and other emergencies.

The department announced Sunday it would officially begin that responsibility, with the opening of 50 beds to non-veteran and non-coronavirus patients in New York City.

Individual states must ask for VA backup assistance through FEMA’s National Response Coordination Center and their own Department of Health and Human Services regional emergency coordinators. Once the request has been issued, VA will decide whether it has the capacity to respond in a local region.

VA already deployed some of its mobile vet centers units in mid-March, the department said Monday. VA employees volunteer to deploy with these mobile units, which serve as an extension to the department’s brick-and-mortar medical facilities and community clinics across the country — especially during major hurricanes, wildfires, mass shootings and other disasters.

More than half of the 58 VA medical centers IG staff visited already cited some kind of supply shortage, according to the inspector general’s report.

Staffing shortages are also a challenge, though they vary depending on the VA site and the position, the IG noted.

These facilities will rely on their police forces, in part, to help oversee coronavirus screening procedures for veterans, staff and visitors.

The IG gave the vast majority of VA facilities — 71% of VA medical centers and 97% of community-based outpatient clinics —relatively high marks for having sufficient screening measures in place.

VA facilities are moving their police forces to 12-hour shifts, while some are attempting to hire contractor security services, the IG said.

The department is also actively recruiting former VA medical professionals to return to the department as reemployed annuitants.

“VA is constantly reviewing staffing levels to ensure facilities have what they need to ensure safe, effective [and] compassionate health care,” the department said in response to the IG. “We are a large health care system and are working with our sister hospitals in VA to pool resources when necessary as well as preparing for expedited hiring if needed.”

Supply and staffing shortages during the coronavirus pandemic have been a major concern for union leadership representing VA employees, who say the department could benefit from a strong working relationship with labor.

Labor and management have collaborated during past national disasters, the unions said in a letter to Takano and Phil Roe (R-Tenn.), the leaders of the House Veterans Affairs Committee, as well as Senate VA Committee Chairman Jerry Moran (R-Kan.) and Ranking Member Jon Tester (D-Mont.).

“Yet, now, when the benefits of labor-management working together are especially needed, the VA is refusing to include our union leaders, our health and safety experts and the front-line health care workers we represent in the department’s response to COVID-19,” the unions wrote in a March 27 letter. “Every day, we are hearing new reports from Veterans Health Administration and Veterans Benefits Administration workforces about very serious problems with personal protective equipment, leave policies for exposed employees and staffing assignments for patient screening, among other troubling issues.”

The unions, which included the American Federation of Government Employees and the National Federation of Federal Employees, asked for weekly meetings with VA leadership on coronavirus response efforts, as well as union-involvement in national, regional and facility-level virus task forces.

The creation of a shared portal will allow labor and management to consistently share information with the VA workforce, the unions said.

“The inconsistent and incomplete information that the workforce is currently receiving is only
causing more confusion and chaos in an already highly stressed environment,” the unions wrote. 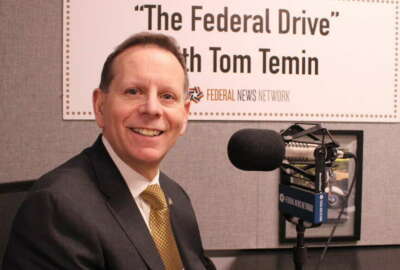 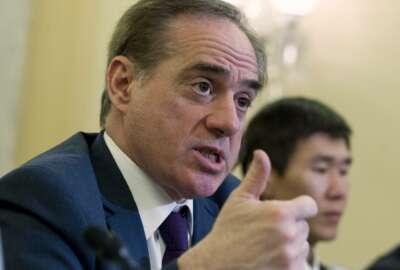