As the rain from Hurricane Harvey’s following tropical storms begins to subside, more than 12,000 federal employees from every corner of government are helping state and local disaster response teams in Texas and Louisiana.

The Federal Emergency Management Agency (FEMA) is out front and center in the federal response, but hundreds of Homeland Security Department (DHS) employees are leaving their day jobs to take up posts on the Surge Capacity Force (SCF), a voluntary program that deploys...

As the rain from Hurricane Harvey’s following tropical storms begins to subside, more than 12,000 federal employees from every corner of government are helping state and local disaster response teams in Texas and Louisiana.

The Federal Emergency Management Agency (FEMA) is out front and center in the federal response, but hundreds of Homeland Security Department (DHS) employees are leaving their day jobs to take up posts on the Surge Capacity Force (SCF), a voluntary program that deploys non-FEMA employees to support particular disaster recovery efforts.

The SCF will only deploy under the secretary’s orders, and DHS has only activated the Surge Capacity Force once before, when about 1,100 non-FEMA employees supported disaster response and recovery efforts in the aftermath of Hurricane Sandy in 2012. Congress authorized the program under the Post-Katrina Emergency Management Reform Act of 2006, which was designed to help FEMA better respond to catastrophic incidents.

DHS couldn’t give an estimate of how many Surge Capacity Force volunteers it currently has on the ground in Texas and Louisiana, as the numbers change multiple times throughout any given day.

But about 280 Surge Capacity Force volunteers began training and received operational briefings on Monday, a DHS spokesman told Federal News Radio. The first wave of volunteers will be in the field helping hurricane survivors this week.

A second wave of roughly 500 SCF volunteers will arrive in the impacted areas on Thursday and leave Sunday, Sept. 3, when a third wave of 500 more employees arrives in Texas. They are scheduled to leave Tuesday, Sept. 6.

“These volunteers are driven by the same spirit that brought them into government service in the first place, and DHS welcomes any and all of our employees looking to go above and beyond the call of their routine duties in support of the life-saving and life-preserving missions on the ground in Texas and Louisiana,” the department said.

The department eventually hopes to add more employees from other agencies to join the SCF.

Meanwhile, the inter-agency rescue and recovery effort continued Wednesday and is expected to ensure for the next few days.

As of Wednesday morning, more than 195,000 people had registered with FEMA for disaster assistance. The agency has given more than $35 million to those who have registered, said Alex Amparo, assistant administrator of FEMA’s recovery directorate, during a Wednesday morning press conference.

Once impacted individuals file a disaster assistance claim with FEMA, the agency’s inspectors will visit the site to inspect the damage. This process will likely be a slow one, Amparo said, as FEMA is currently prioritizing its inspections based off the sites that have the most damage due to the sheer volume of work.

“The 911 calls have inundated the call centers down in Texas,” Coast Guard Commandant Adm. Paul Zukunft said Wednesday morning. “We’re taking that overflow and we’re receiving over 1,000 calls per hour. We are not out of this by any long stretch yet, and we will be ‘semper paratus’ as we continue to watch this storm move on and then as move on to the long road to recovery.”

At the Veterans Affairs Department, more than 700 employees have been living at the Houston VA Medical Center to care for about 400 patients during the hurricane and following storms, Dr. SreyRam Kuy, the hospital’s associate chief of staff, said in a blog post. She, like her colleagues, have been sleeping in their offices or on the floor since the flooding began.

Most veteran outpatient clinics and centers in the impacted areas are still closed, with the exception of the Lufkin Outpatient Clinic and the Corpus Christi Vet Center.

The VA Mobile Vet Center is also open in Corpus Christi and if offering counseling services to veterans in the area.

Veterans centers in other states are helping to answer phone calls and reschedule appointments.

The department also activated the Pharmacy Disaster Relief Plan. Eligible veterans with a VA ID card who need medication immediately can go to any CVS or HEB pharmacy with a written prescription or active VA prescription bottle to receive a 14-day supply, the department said.

According to VA, 510,015 veterans and 5,576 department employees live in the areas impacted by Hurricane Harvey and the following tropical storms.

The Housing and Urban Development Department has promised quick action to re-allocate annual funding to find emergency housing and services for hurricane survivors and is exploring the possibility of streamlining its Community Development Block Grant (CDBG) and HOME Investment Partnership programs to more quickly repair and replace damaged housing.

HUD will also offer state and local governments federal loans to help repair public infrastructure and housing, along with a variety of other grant and loan programs to help impacted individuals recover their homes.

How you can help

The Office of Personnel Management approved a special solicitation that allows agencies to collect and administer donations in support of Hurricane Harvey recovery.

The solicitation, which ends Sept. 29, lets federal employees may cash or check donations outside of the typical Combined Federal Campaign.

“Many federal employees have expressed a desire to assist those in need in the region affected by this storm,” acting OPM Director Kathleen McGettigan said in an Aug. 30 statement. “As such, I am authorizing department and agency heads to allow a special solicitation of federal employees at the workplace to support the victims of this disaster.” 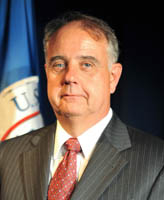