After more than six decades of Congress passing the National Defense Authorization Act each year without fail, the bill has become a grab-bag for lawmakers to add other legislative priorities outside of defense policies.

But this year, one provision of the 2023 NDAA draft bills is noticeably absent from the compromise version, which is headed to a floor vote this week after leaders on the House and Senate Armed Services Committees reached an agreement on...

After more than six decades of Congress passing the National Defense Authorization Act each year without fail, the bill has become a grab-bag for lawmakers to add other legislative priorities outside of defense policies.

But this year, one provision of the 2023 NDAA draft bills is noticeably absent from the compromise version, which is headed to a floor vote this week after leaders on the House and Senate Armed Services Committees reached an agreement on the legislation.

The NDAA removed language that would prevent a possible return of a Schedule F policy, an executive order from the Trump administration. Though now repealed, the order would have reclassified about 50,000 federal employees in policy-making positions outside of merit system principles — in effect making them at-will employees and easier to fire.

The House-passed version of the NDAA included the text of the Preventing a Patronage System Act, and the House additionally passed it as a standalone bill, but it didn’t make the compromise version of the NDAA. The bill would prevent any future administration from reclassifying or creating a new job classification in the civil service. Rep. Gerry Connolly (D-Va.) both introduced the House version of the bill and added it as an amendment in the House’s NDAA.

“I will continue to pursue opportunities to stop efforts like Schedule F that are designed to politicize the civil service,” Connolly said in an email statement.

On the Senate side, Sen. Tim Kaine (D-Va.) led the charge of the Preventing a Patronage System Act, by introducing it in August.

“While my push to protect our civil service — which is invaluable to our national security — didn’t make it into this year’s annual Defense bill, I will keep working to get this legislation across the finish line as soon as possible,” Kaine said in an email statement.

Schedule F has gained broad opposition since its creation. In a recent letter to Congressional leaders, a group of nearly 50 organizations and individuals urged them to pass the Preventing a Patronage System Act, or similar provisions, by the end of the calendar year.

In light of the absence of the anti-Schedule F language in the NDAA, National President of the National Active and Retired Federal Employees (NARFE) Association Ken Thomas said he’s “disappointed.”

“[Schedule F] threatened a system that provides continuity of government through changing administrations, preserves institutional knowledge and expertise, and safeguards the rule of law and adherence to the Constitution,” Thomas said in a statement. “The prospect of a return of Schedule F in a future administration remains very much alive. Reports indicate that presidential hopefuls would reinstitute it upon taking office, or at least support the policy. Congress must act in the new year to head off this worrisome potential outcome.”

Even though language to prevent a future Schedule F wasn’t included in the annual defense bill, several other NDAA provisions have implications for the federal workforce.

For one, the NDAA included the text of the Fairness for Federal Firefighters Act. The amendment was part of the House’s version of the bill, but not initially in the Senate’s. But committee leaders added it to the compromise version of the bill.

The Fairness for Federal Firefighters Act would offer workers’ compensation to federal firefighters who get diagnosed with cardiovascular disease, certain types of cancer and other infectious diseases, all common illnesses after years working as a firefighter.

The act would also extend the period to submit documentation in a claim from 30 days to 60 days. Federal firefighters must be employed for at least five years to make a claim.

Committee leaders also included the PLUM Act in the NDAA, which Democrats have said is a way to make the federal government more transparent.

The act would require the Office of Personnel Management to work with the General Services Administration to publish and maintain an active, online roster of senior leaders in government. Agencies would also have to more regularly provide data to OPM to then be published to the directory.

OPM is currently tasked with updating its “Plum Book” every four years, which contains a list of political appointments from the White House. But the information becomes quickly outdated, as it’s only accurate at the time OPM publishes it. It doesn’t include real-time changes of appointees who may come, go or move to a different position.

Congress introduced the PLUM Act last year as well, and it was included in the 2022 draft NDAA. But ultimately, it didn’t make the cut last year.

The Partnership for Public Service applauded the inclusion of changes to the Plum Book in this year’s defense policy bill, saying the current format is in desperate need of modernization.

“The Plum Book is currently published only once every four years, is quickly outdated and is always full of errors and omissions,” said Troy Cribb, the Partnership’s director of policy in a Dec. 8 statement. “The modernized, online, searchable and yearly updated Plum Book that Congress is now requiring as part of the defense bill represents an important step for improving transparency and accountability in our government.”

Another NDAA provision would give FBI employees more whistleblower protections with the Merit Systems Protection Board.

FBI was able to establish its own whistleblowing system under the Civil Service Reform Act, which advocates have said is often ineffective. Supporters of the language in the NDAA said it would help strengthen protections for FBI employees.

The NDAA also authorizes funding for a 4.6% pay raise for both military service members and the Defense Department’s civilian workforce. 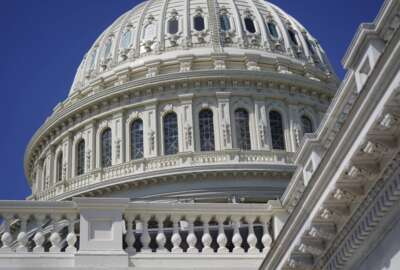 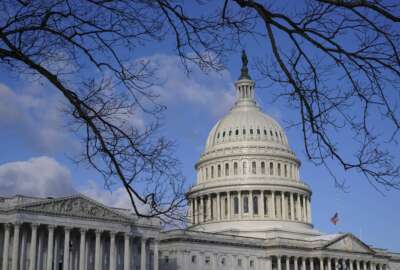 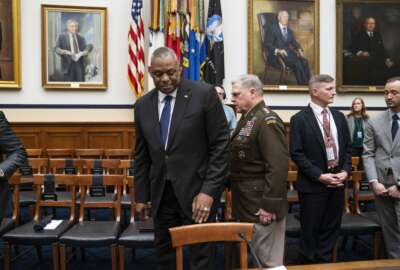