Out of the huge amount of uncertainty surrounding the election of President-Elect Donald Trump, one area of the defense world is finding much more stability than expected.

The House and Senate Armed Services Committees were bracing for mass casualties and even a possible shift in party control for the Senate side in this election cycle.

However, despite a few minor changes, the makeup of the Armed Services Committees and even Congress as a whole remains largely the same.

“My overall take is there is quite a bit more stability on the committees than was really anticipated,” said Andrew Hunter, a senior fellow at the Center for Strategic and International Studies.

After being battered by a tough election at home, Sen. John McCain (R-Ariz.) will most likely keep his leadership role on the Senate Armed Services Committee now that the Republicans will maintain control of the Senate.

Both Heck and Sanchez lost their House seats in bids for the Senate, while Forbes lost his primary earlier this year.

Hunter said the open chairmanships could cause a shuffling of the deck chairs in the House Armed Services Committee, but beyond that there won’t be much change.

“It’s often a member that’s a little bit more junior that’s chairing the [Personnel] Subcommittee. That might be good, it could bring some fresh perspective,” Hunter said. “It wouldn’t shock me if Rep. [Rob] Wittman (R-Va.) took the Seapower subcommittee.”

Wittman now chairs the Readiness subcommittee. Hunter said that chairmanship might be attractive to Rep. Joe Wilson (R-S.C.) or Rep. Mike Rogers (R-Ala.). Those congressmen chair the Emerging Threats and Capabilities Subcommittee and the Strategic Forces Subcommittee respectively, leaving another opening to be filled.

As far as movements in the Senate Armed Services Committee, both Hunter and Justin Johnson, a senior fellow at the Heritage Foundation, think it’s possible some of the committee’s members may be tapped for positions in the Trump administration.

But who makes up the committees are only part of the added stability for the defense committees. Legislation will likely see an easier path over the next two years with both houses and the executive branch now under Republican control.

Despite the differences McCain and Trump shared during the campaign, they both support an increased defense budget. The House Armed Services Committee does too, even going so far as to pull an unorthodox budgeting tactic in the 2017 defense authorization bill to give more money to the military.

Johnson said it may be easier for Congress to come to an agreement on a budget deal for coming years.

“Having control of Congress makes it easier to actually get around the Budget Control Act in some way, which I think would be ideal in terms of keeping caps in place and doing it in a fiscally responsible manner, but ultimately increasing defense. The other options that are out there are a smaller deal, or to keep using gimmicks to get around Budget Control Act Caps like with [overseas contingency operations] funding. I think having Republicans in the White House and in Congress makes it easier to find a deal,” Johnson said.

Now with Republicans in total control they can bump up the defense caps without facing opposition from Democrats.

The defense and domestic caps “are fundamentally now going to be decoupled and I think that means that defense could potentially increase significantly more than what you might see on the domestic side. My suspicion is there would be some small increase on the domestic side as well,” Hunter said. “The one thing about the congressional budget process is it’s one of those rare areas where you can do what you want by a simple majority. You don’t need a two-thirds majority, you don’t need a filibuster-proof majority. If you put something in a budget resolution and the majority of the Senate supports it, you can pass it and it’s not subject to filibuster.”

Another change will come in the form of personnel policy. The Defense Department made a big push for the Force of the Future in the past two years. But Republican members of Congress were skeptical of the initiative.

“Many of these Force of the Future proposals appear to be solutions in search of a problem,” McCain said during a February hearing. “I find it deeply disturbing that you are proposing to add expensive fringe benefits allegedly aimed at retention during a time when we are asking 3,000 excellent Army captains to leave the service who would have otherwise chosen to remain on active duty. From my perspective, this initiative has been an outrageous waste of official time and resources during a period of severe fiscal constraints. It illustrates the worst aspects of a bloated and inefficient defense organization.”

The military opened its doors to gay and transgender people, added longer maternity leave and gave other benefits to military personnel. That might change under a Trump presidency or with a Republican dominated Congress. 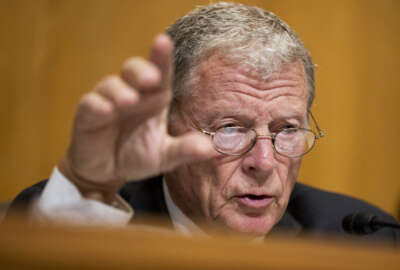