With so much going on, Congress still has a lot to tackle

A new fiscal year’s first full week, eight weeks left or so in the continuing resolution, no real breakthrough in a new pandemic stimulus, a Supreme Court nominee, and now a president that’s tested positive. For how this all might sort out, Bloomberg Government Editorial Director Loren Duggan spoke to Federal Drive with Tom Temin.

A new fiscal year’s first full week, eight weeks left or so in the continuing resolution, no real breakthrough in a new pandemic stimulus, a Supreme Court nominee, and now a president that’s tested positive. For how this all might sort out, Bloomberg Government Editorial Director Loren Duggan spoke to Federal Drive with Tom Temin.

Tom Temin: And Loren, this might be – just when you think things can’t get more unprecedented, they do! So what’s the outlook in Congress?

Loren Duggan: Well, this was potentially going to be the start of the October recess that’s often taken by House and Senate members in an election year to allow them to go home and campaign. But just like everything else this year, it’s been disrupted a little bit by the business that they still have left to do, some of it known and some of it obviously unknown and added to their plate over the last couple of weeks in terms of the Supreme Court. So what we know is that the Senate is back today, continuing work on judicial nominations for district courts, not yet that important Supreme Court nomination on the floor. And the House starts in a little bit of a holding pattern this week, waiting for more news on a deal and when they might vote on it on the House floor. After the talks between speaker Nancy Pelosi on the part of Congress and Treasury Secretary Stephen Mnuchin on the part of the administration, which have gone on, of course, for most of last week.

Tom Temin: Yes, because the House did come down a little bit from its original offering bid, if you will, of $3 trillion to what is it – $2.5 trillion – but they’re still miles apart from the administration’s $1 trillion counter card.

Loren Duggan: That’s right. And there’s two fronts in the negotiations. The first is on that top line number, which is obviously hugely important. The May version of the HEROES Act was at $3.4 – $3.5 trillion, then they came down to either $2.2 or $2.4 [trillion], depending on where you looked. And some of that’s just because of the way the bill was written. So that top line number has been very important, but also what rides along in there, what is the legislative language, how did they get there? And there were still some gaps there. And the speaker and the Treasury secretary were also trading language back and forth, to try to figure out how to structure some of the provisions of that bill so that it accomplished the goals that both sides wanted. One of the criticisms of the House package all along from Republicans has been that it’s kind of a wish list, if you will, or as they say, of what Democrats would like to see. Some of the provisions go even beyond dollar amounts but policy and matters such as that. So getting that scope of language was as much a sticking point or has been a sticking point as that top line dollar figure.

Tom Temin: And the language they were trading that this was legislative language, that is to say they weren’t calling each other “You dirty rat, you stinking bum.”

Loren Duggan: Exactly. It seemed like the tenor of the conversations had gotten better. And they obviously were spending a lot of time on the phone or even in person last week. But this really is about the nuts and bolts of how do you write the bill to spend the money and to distribute it? And what are the rules and things like that. So in a bill that was 2,000 pages or more than 2,000 pages last week, there’s obviously a lot of language to go over.

Tom Temin: And is there any hope for a small bill, but there is one in the Senate and one in the House, that would let federal employees carry over their leave until next year, all of it? And they’re not allowed to carry it all over under current rules. Could that actually pass in anytime soon to be able to get into the the fiscal year?

Loren Duggan: Well, I think you would look first to this coronavirus package if there is one, because that’s going to be the big train moving and there have been some smaller bills that have pealed off and moved along on a number of different subjects. For a while they were trying to keep all the coronavirus stuff together. But if that could be pulled off into separately, if there was enough momentum behind that in both chambers, there could still be some sort of unanimous consent action to get something like that through.

Tom Temin: We’re speaking with Bloomberg Government Editorial Director Loren Duggan. And does the president’s diagnosis have any effect on Congress at all?

Loren Duggan: Well, I think it’s just a reminder of how the disease has gone. And, you know, Capitol Hill is an operation where they haven’t been doing widespread testing. Members have come down with it even on Friday, Sen. Mike Lee reported that he had come down with the virus. So members who have gone back and forth with the administration or met with administration officials in the last period of time might be taking a look and wondering what they should do and if they should quarantine. So Congress is you know, a much more open body in terms of people flowing in and out and members flying back and forth from their homes into town for the district or into town for business. So we’ll have to see how that pans out.

Tom Temin: And what is the schedule going to look like in the Senate on the Supreme Court nomination, Amy [Coney] Barrett?

Loren Duggan: Well, Mitch McConnell said Friday that he had spoken with the president and was full steam ahead on that. The first thing we’ll probably see is the week of the 12th, some hearings in the Judiciary Committee. From there the committee would find a time to schedule a vote presumably along party lines, report her out to the floor and then if they could get it done before the election, they try to hold a vote. then. There’s still a chance that the vote could slip till after the election and the lame duck session, which is already looking pretty busy, given all the other work they have to do. But the Republicans do seem to be moving forward with this in the Senate. Whether they do it before the election or after the election, they seem committed to getting this done this year on this nominee.

Tom Temin: And there are other judges that the Senate is going to deal with anyway, correct?

Loren Duggan: That’s right. I think there’s five set up this week, including the vote tonight on the first of them, just processing those, you know. That’s part of the long list of judicial vacancies that they’ve chipped away at, over the last couple of years, reshaping the federal bench really with more conservative nominees that the Trump administration has picked and that the Senate has confirmed.

Tom Temin: And of course, as I mentioned, in the opening, there is the continuing resolution, which only goes to Dec. 11. So that’s after the election, and yet before the seating of the new Congress. So the budget could be really up in the air after that, couldn’t it?

Loren Duggan: It could be as we’ve spoken about over the last several months, the House passed 10 of its 12 bills. The Senate didn’t release any. So you know, there’s not even really the public groundwork at least to be laid on some sort of compromise. Also hanging over this is going to be how much money to put in those bills or the package, if it were, for the coronavirus if there’s additional needs by then. And if there’s some sort of, you know, lingering election dispute going into November, that could also make those negotiations a little more difficult. But remember, two years ago, the the government was funded past the election, past the midterms. We got to December and that’s when a 35-day shutdown began. So, you know, that’s a worst case scenario, a shutdown, but the period between now and then is long. There’s eight weeks, a lot of work to do in there and we’ll have to see where the dynamics are.

Tom Temin: Loren Duggan is editorial director of Bloomberg Government, as always, thanks so much. 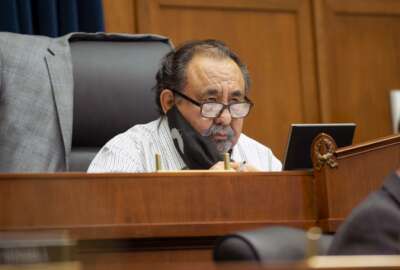 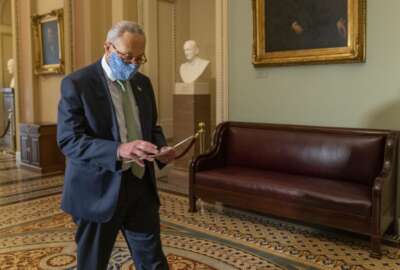