Two key leaders in the administration’s IT modernization effort are leaving their positions.

GSA says Cheriyan, a political appointee, is expected to return to the private sector. His last day at GSA is July 17.

Two key leaders in the administration’s IT modernization effort are leaving their positions.

GSA says Cheriyan, a political appointee, is expected to return to the private sector. His last day at GSA is July 17.

“It’s never easy to leave an organization you believe in, but it’s even harder when you feel so passionately about the mission. Although my intention was to stay longer, a private sector company reached out directly with an opportunity with global impact that I can’t turn down,” Cheriyan said in an email to staff, which Federal News Network obtained.

DeLuca, a career executive, is heading over to the Federal Deposit Insurance Corporation to be its new deputy CIO. The FDIC says he starts July 6.

Cheriyan and DeLuca’s departure is another cut to the IT modernization effort across government. Their announcement follows a similar one made by Federal Chief Information Officer Suzette Kent last week.

Julie Dunne, the commissioner of FAS, said in an email to staff that a decision about a new acting director of TTS will be made in few weeks.

“He guided TTS to sharpen its vision, strategy and focus on key elements vital to the future of federal IT modernization: omnichannel experience, artificial intelligence, infrastructure optimization and cloud, innovation accelerators, data and analytics, and identity management,” Dunne said in her email, which Federal News Network also obtained. “He also propelled GSA’s IT Modernization Centers of Excellence from two to 12 agency partnerships in 18 months, outpacing by far the adoption goals set for the program.”

Both executives have played an important role in helping agencies move off of legacy technologies and processes.

In 2016, GAO reported 18F wouldn’t be able to pay back its $30 million start-up loan and revenues would continue to fall short of its operating expenses until 2019 at the earliest.

Additionally, he oversaw the expansion of the CoE effort. When he started in December of 2018, there were two agencies—the departments of Agriculture and Housing and Urban Development—and now there are 12 agencies, including the Labor Department and the Food and Drug Administration as the most recent additions.

Cheriyan said in November that the goal of the CoEs is simple: Help agencies look for simple questions to answer that will improve services.

With that in mind, Cheriyan expanded the CoEs offering to include artificial intelligence and robotics process automation.

Cheriyan told the IBM Business of Government Hour in March that among his focus areas was to connect the different parts of TTS to ensure they worked better together. He said a second goal was workforce training, especially ensuring they understand emerging technology like AI.

“I always tell the story of spending my first three months in this role listening and learning. I immediately saw a group dedicated to public service, with knowledge and expertise in technology that matched the private sector. The vision and commitment were clear immediately: Connecting the people and programs across TTS to build an organization dedicated to digital transformation across government,” Cheriyan said in his email to staff. “In only 18 months, the Centers of Excellence grew from two to 12 agency partners, FedRAMP is on the path to automation, our Presidential Innovation Fellows doubled in size, 18F has secured ongoing work with over 23 offices in 18 agencies and our platforms, like Login.gov, Cloud.gov, Search.gov, etc. have become the go-to enablers for innovation. In addition, in a time of crisis, we stepped up to the challenges presented and we did it well. Together, as one TTS, we’ve not only turned a strategic corner, but are driving change that will benefit the government and the American public for years to come. This is a legacy that I am very proud of.”

CoE lead from the start

As for DeLuca, he took Cheriyan’s vision for the CoEs and made it happen.

DeLuca has been executive director of the CoEs almost from their beginning. He came over to GSA in March 2018 after serving as the chief information officer of the Overseas Private Investment Corporation (OPIC).

DeLuca took the CoEs from an idea or concept to reality, first by working with USDA and then expanding it to HUD in the first year.

DeLuca said in March 2019 on the Government Matters TV show that the CoEs are looking for a good strategic alignment internally and externally, agencywide leadership and operational requirements like budget flexibility.

“Culture is important and something that we, in a short period, had a difficult time changing. Culture is a long-sustaining factor at an agency,” he said. “What we’ve seen at USDA from the beginning is the secretary put out his plan for how he wants to modernize the agency and that has permeated.”

Sources say Harry Lee, the assistant commissioner at TTS, will take over for DeLuca on an interim basis. 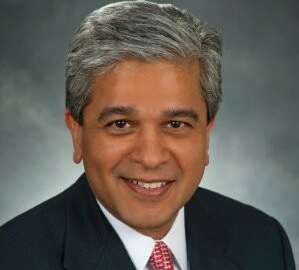 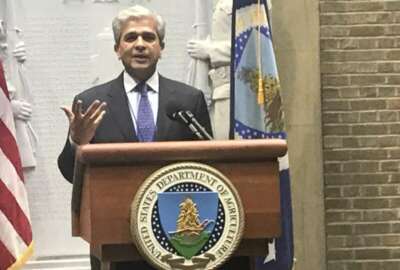 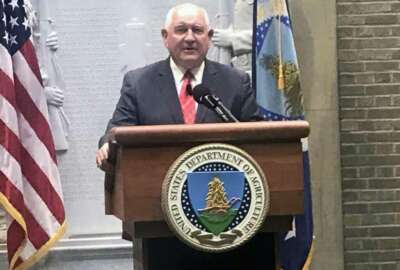 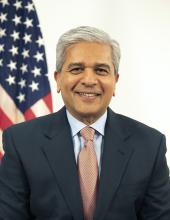