House Democrats have introduced a draft version of a short-term continuing resolution, which, if passed, would avoid a government shutdown and keep agencies running through at least Dec. 11.

As it’s currently written, the continuing resolution extends agency funding for another 10 weeks and includes a new fee structure for the U.S. Citizenship and Immigration Services, a provision prohibiting federal employee furloughs and additional funding for key agency projects such as the 2020 Census, electronic...

House Democrats have introduced a draft version of a short-term continuing resolution, which, if passed, would avoid a government shutdown and keep agencies running through at least Dec. 11.

As it’s currently written, the continuing resolution extends agency funding for another 10 weeks and includes a new fee structure for the U.S. Citizenship and Immigration Services, a provision prohibiting federal employee furloughs and additional funding for key agency projects such as the 2020 Census, electronic health record modernization efforts at the Department of Veterans Affairs and the upcoming presidential transition.

The current fiscal year ends Sept. 30, and Congress has nine days to avoid a government shutdown.

The House is expected to vote on the measure some time this week, but it’s unclear if the bill has enough support in the Senate, with Majority Leader Mitch McConnell expressing disappointment with the draft Monday afternoon.

House Democrats’ rough draft of a government funding bill shamefully leaves out key relief and support that American farmers need. This is no time to add insult to injury and defund help for farmers and rural America.

Perhaps most notably for federal employees, the draft continuing resolution includes a provision designed to restrict agencies from implementing furloughs or reductions-in-force due to a lack of funds throughout the duration of the CR.

“Amounts made available under [the CR] for civilian personnel compensation and benefits in each department and agency may be apportioned up to the rate for operations necessary to avoid furloughs within such department or agency, consistent with the applicable appropriations act for fiscal year 2020, except that such authority provided under this section shall not be used until after the department or agency has taken all necessary actions to reduce or defer non-personnel-related administrative expenses,” the bill reads.

U.S. Citizenship and Immigration Services had threatened furloughs for the majority of its workforce earlier this summer. But unlike most other agencies, USCIS is a fee-for-service organization and relies on the revenue it collects through visitor petitions and citizenship applications to keep operations running.

The draft CR includes a new fee structure for USCIS, which should help resolve the financial challenges the agency said had threatened furloughs for 13,400 of its employees this summer.

Though USCIS had temporarily canceled furloughs planned for Aug. 30, the agency said it still needed congressional help to resolve its financial challenges. The CR allows USCIS to set and collect “premium fees,” which range between $1,500-2,500, for certain agency services. USCIS can only use the revenue it collects from the fees to maintain key agency services, make infrastructure improvements to its adjudications processes, respond to a backlog of pending immigration and naturalization requests and offset operational costs, according to the draft CR.

The continuing resolution, for example, sets aside additional funding that the Department of Veterans Affairs may need to pursue its 10-year, multi-billion electronic health record modernization.

Congress also made more than $1.5 billion available to the Census Bureau and the decennial census program.

In addition, the draft CR sets aside $1 million for office space for the presidential transition teams. Both the  General Services Administration and the National Archives and Records Administration would receive an additional $9.9 million and $18 million, respectively, to support the transition.

The Office of Personnel Management, which is still grappling with its own funding shortfall after the governmentwide security clearance business transferred to the Defense Department last year, would also be allowed to tap into the trust funds it oversees to keep its own operations going.

The draft CR extends a key provision from the Coronavirus Aid, Relief and Economic Security (CARES) Act for federal contractors.

Under section 3610 of the CARES Act, agencies can keep their contractors in pay status if they can’t telework or enter their agency’s facilities due to the ongoing pandemic. The original CARES Act provision allowed agencies to use this provision through Sept. 30, but the CR extends the deadline through Dec. 11.

The extension should provide some relief to federal contractors and the associations that represent them. The Professional Services Council said earlier this month it had seen of evidence of section 3610 in action at civilian agencies and the Pentagon, despite a Government Accountability Office report that documented limited use of the provision. 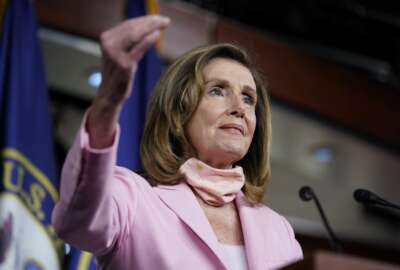 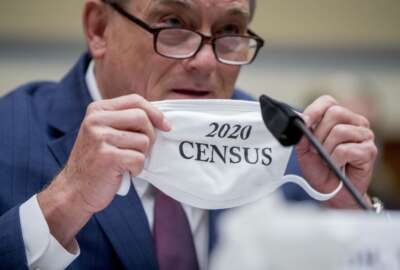 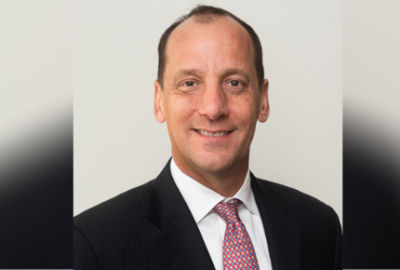 Transitioning to a possibly new administration