The National Institutes of Health is reconfiguring its vacant chief information officer position for the first time ever.

NIH decided to separate its CIO from the director of the Center for Information Technology and create two distinct positions after almost 25 years of combining the roles. The decision comes after long-time CIO and director of CIT Andrea Norris, retired on Dec. 31 after more than 11 years leading both roles.

The National Institutes of Health is reconfiguring its vacant chief information officer position for the first time ever.

NIH decided to separate its CIO from the director of the Center for Information Technology and create two distinct positions after almost 25 years of combining the roles. The decision comes after long-time CIO and director of CIT Andrea Norris, retired on Dec. 31 after more than 11 years leading both roles.

“With Ms. Norris’ departure, we have the opportunity to reevaluate the technology leadership needs of the NIH. We view the roles of the CIT director and OCIO director as distinct,” a NIH spokesperson wrote to Federal News Network in an email. “The director of CIT needs to focus on the unique needs of NIH’s research and clinical enterprise. And we hope to find an individual who can help the NIH institutes and centers advance their scientific goals.”

To that end, NIH posted a job opening for the CIT director on Jan. 6. Applications for the position are due by March 7.

Meanwhile, Ivor D’Souza, the director of information systems at the National Library of Medicine is the new acting CIT director. And Dennis Papula, the deputy CIO at NIH, is the acting CIO.

D’Souza has been with the NLM since 2011. Papula came to NIH in 2020 from the Department of Health and Human Services Program Support Office where he was chief technology officer.

NIH has not yet posted a job opening for the CIO position.

But the spokesperson said the CIO will focus “more on compliance and security standards, and we hope to identify an executive with solid experience overseeing IT functions. The two positions will work closely together to ensure cohesion between the two offices.”

NIH formally created the CIT in March 1998 bringing together functions and missions of its Division of Computer Research and Technology, Office of Information Resources Management, and the telecommunication branch. The agency named Alan Graeff as NIH’s first CIO and director of CIT.

The position of CIT director and CIO has been one since 1998 with a handful of acting directors holding only one of the roles.

The Federal Trade Commission, the Centers for Medicare and Medicaid Services, the Government Accountability Office and the Agriculture Department have new openings for technology executives.

At the FTC, Raghav Vajjhalla left after more than seven years as its CIO and recently as its chief data officer. He joined the Securities and Exchange Commission in January as its associate director of enterprise IT operations.

During his tenure as CIO, Vajjhalla focused on several IT modernization priorities, including moving more applications to the cloud and improving business processes.

Mark Gray is the acting CIO and CDO at the FTC. He has been the deputy CIO since April 2020.

Dr. Tim Persons, the former chief scientist and managing director of Science, Technology Assessment and Analytics team at the GAO, joined PwC as a partner in its Digital Assurance and Transparency business.

In his new role, Persons will help PwC clients across a variety of industries with digital transformation projects; including artificial intelligence, blockchain and data algorithms.

Persons has worked at GAO since 2008 and for the government since 2001 with time at the National Security Agency and in the Office of the Director of National Intelligence.

Over at CMS, Bobby Saxon retired from federal service for a second time. He was the deputy CIO at CMS since April 2020 and joined the agency in 2017 after retiring from the Army as a colonel in 2016.

Saxon wrote on LinkedIn that he joined Leidos as vice president focused on customer advocacy.

“My heartfelt thanks to the many friends, co-workers, and vendor partners that made me better during my time at CMS. Your investment in coaching, mentoring, and guiding me during this last six years were invaluable, and will follow me the rest of my life. I am better for your love and kindness, and I’m eternally grateful our paths crossed. I wish you all the greatest of success. God Bless…” he wrote back in December. “Today marks the beginning of a new journey for me. My passion for communications, collaboration, transparency, and customer service has a new home.”

During his tenure, Saxon focused on improving how CMS managed its data and served citizens through technology by applying human centered design principles.

A third federal executive to leave government is Bajinder Paul, the deputy CIO at the Agriculture Department.

Paul joined Arch Systems in December as its president and chief innovation officer.

“My passion to serve the nation I love and serve the American public will continue with Arch Systems. Arch Systems, LLC , an award winning small, woman owned company, epitomizes the best in service delivery to the federal government, a commitment to innovation, customer experience, with cost effective solution delivery,” Paul wrote on LinkedIn. “This is a pivotal and exciting time across the federal government in enabling IT modernization that is committed to innovation, enhanced customer experience and solutions that ensure cyber security and cost effective delivery. I am excited to be a part of the exceptional team committed to this transformation!”

Paul has worked for the government since 1992 starting at the National Oceanic and Atmospheric Administration. His career stops included the General Services Administration, the Office of Comptroller of the Currency, the Federal Reserve and the FTC.

At the USDA, Paul led efforts to improve the agency’s infrastructure around data center operations and enterprise network services as well as addressing cybersecurity challenges and implementing robotics process automation to more than 100,000 users.

One other departure of note, Mary Davie, the long-time GSA and then NASA executive, called it a career after 35 years in government. Davie’s last position was the deputy associate administrator for the Mission Support Directorate at the space agency.

She started her own consulting practice, Mary Davie Consulting, LLC.

“I loved my time at GSA and NASA and have been very lucky to have worked on so many different programs and projects with so many amazing people across government and industry, across nations, and even continents. Next up for me is the launch of Mary Davie Consulting LLC where I’ll continue my journey, gain a new perspective, and continue to work alongside you.  Hope you all have a wonderful 2023!” Davie wrote on LinkedIn.

Brian Goodger is no longer the acting director of the NIH Acquisition and Assessment Center, after serving in an acting capacity for the last two years.

He replaced Bridget Gaur who had been director of NITAAC since 2015. Gaur retired in May 2020.

From 2012-2022, he served as the associate director for the Office of Logistics and Acquisitions Operations, where he ran the operational contracting arm of the NIH Office of the Director.

Another acquisition related personnel change happened at the Department of Housing and Urban Development. Jimmy Fleming-Scott is the new chief procurement officer at HUD.

Finally, Luis Coronado Jr. is the new CIO at the State Department’s Bureau of Consular Affairs. He comes to State after spending the last five years with the Homeland Security Department, including the last two-plus as the executive director of IT operations.

Coronado also worked for the Defense Security Service and served eight years in the Air Force as a systems engineer.

State to name DoD’s Fletcher as its new CIO 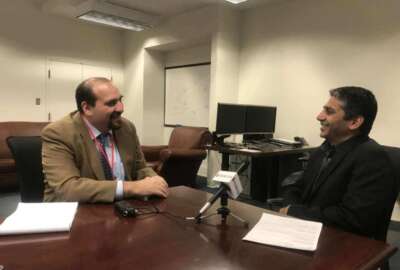 FTC to speed up its journey to the cloud 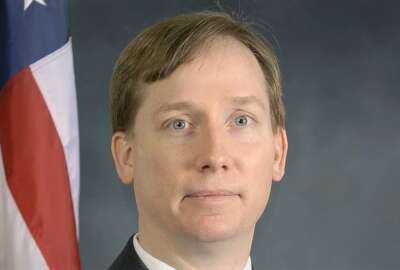 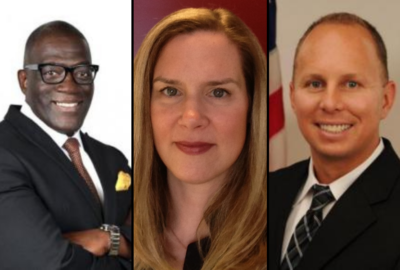