6 things agencies did to improve employee engagement this year

Recent improvements in employee engagement on the 2017 Federal Employee Viewpoint Survey is putting more fuel under the fire for the Office of Management and Budget.

Citing private sector studies that demonstrate that higher employee engagement leads to higher productivity, OMB is encouraging agencies to make the data behind those surveys “actionable,” rather than merely “interesting.”

“There’s a real opportunity moving forward here … to move beyond thinking about things that we can do across our departments, which are still going to be important, but make sure we’re supplementing it and really drilling down into some of the detailed data,” Dustin Brown, acting deputy director for management at OMB, said during last week’s public Chief Human Capital Officers meeting.

Agencies largely did well on the 2017 FEVS. Governmentwide employee engagement topped 67 percent this year, a 2 percent bump over the previous year’s results.

The 2017 survey included 84 questions. Scores increased or remained the same on all but one question, which measured whether federal employees felt their offices could recruit new talent with the right skills.

Though the governmentwide participation rate for the FEVS fell slightly this year, individual agencies actively tried to get more employees to take the viewpoint survey.

The Agriculture Department previously had a difficult time persuading its agriculture specialists and scientists that the results from a survey — where a quarter of its employees participated — embodied the agency’s true experience.

Since 2013, when USDA sat 16th out of 19 large agencies on the Best Places to Work Rankings, the agency made a concerted effort to improve its participation rate.

“Whatever it is, we want to hear it, we want to know it,” Karlease Kelly, deputy chief human capital officer for USDA, said of the department’s participation in the survey. “This is important to us. We put the word out that we really wanted the highest response rate possible.”

The Securities and Exchange Commission also attributed its success in 2017 to higher participation. About 80 percent of SEC employees participated in this past year’s survey. The agency improved 4.8 points to fifth place among mid-sized agencies on the Best Places to Work rankings.

OMB is also thinking about how one of two of its employees can own engagement work for the organization.

“From my own team, we’ve really tried to make sure it’s somebody’s job to be responsible for working across the team and lifting up the employee voice,” Brown said. “It’s one of these things that if it’s everybody’s responsibility, then it’s nobody’s responsibility.”

Brown said he designates one or two employees to be responsible for his organization’s engagement work. Those employees typically hold the assignment for one or two years, before it rotates to another person.

As large departments, both the Health and Human Services and the Transportation Department appointed “FEVS champions” to lead engagement work within each of the organization’s agencies and subcomponents.

The HHS acting secretary recently invited the FEVS leads to a “breakfast of champions,” where they’ll discuss survey results and engagement ideas.

The General Services Administration, meanwhile, took another approach. It developed a national engagement team, where GSA supervisors, managers, non-supervisors and bargaining unit employees sit to look at the agency’s results. All of those stakeholders are part of briefings on the survey results, and together, they interpret what the numbers mean.

“We had single incumbent positions [at GS-]9, 11, 12 and you then wait for someone to retire and die, the classic government setup,” she said. “We’re looking at ways to address that. We heard a lot of feedback of, ‘[With] this system, I can’t upload documents into it.’ That’s something [that’s] low cost, no-cost; we can fix that. We fixed it, and we showed the employees that we mean it when we say, ‘We’re listening to you; tell us what else you need.’ That seemed to start a virtual cycle.”

To spread the message further, HHS leadership is sending out video messages to employees, which describe how the agency is addressing a specific piece of feedback from the viewpoint survey.

Many agencies emphasized that better communication is the key to better employee engagement.

“Consistent communications … that doesn’t cost money,” said Wade Hannum, director of performance and work life policy division at GSA. “We talked about senior leadership and their involvement and their listening … that doesn’t cost money. We’re talking about greater, whole employment and more production. We’re talking about supervisors who engage with their employees, who are having the conversations, who are providing good feedback, who are providing recognition to them, who are supporting them and their development, that still doesn’t cost us any more money. Our strategy is not money-specific. We recognize that. We already know that we get better recognition and better performance when we don’t have some funds involved.”

The Office of Personnel Management typically launches the Federal Employee Viewpoint Survey in May, often around the same time of year as Public Service Recognition Week.

To raise awareness about the FEVS, several agencies said they held events for PSRW and simultaneously advertised the survey.

“We run a very large campaign for Public Service Recognition Week at the time that the survey launches, and we do an event every day of that week,” said Lacey Dingman, SEC chief human capital officer. “We spotlight the FEVS, and we also have a town hall to encourage everybody to keep it in the front of their minds that we want the response rates to be high.”

The Agriculture Department also cited Public Service Recognition Week as a driver behind the improvements in its FEVS participation rate.

“Before we started on this effort, Public Service Recognition Week might come and go without a word from leaders, and employees really appreciate that somebody cares, somebody cares [and] notices,” Kelly said. “It’s that power of being noticed that is not to be underestimated.”

HHS launched a “why we serve” campaign, where it highlighted individual employees every day during PSRW. Each employee told a story about his or her decision to work and serve in government, Major said.

The Transportation Department said it noticed some success by relaunching certain rotational assignment programs for employees.

The department is matching employees’ skills with new assignments to try to break down some of its  naturally existing “fiefdoms.” Transportation said it sees rotational assignments as a way to let employees build their skills for possible promotions.

DoT also reinstated a mobility program for its senior executives.

Several agencies said they noticed significant progress in their employees’ perceptions of their leadership, but it’s still an area where many want to improve.

During the first few weeks at the department, Transportation Secretary Elaine Chao ate in the employee cafeteria and greeted employees as they got off the Metro and walked into the building. She also handpicked employees to receive secretarial awards at the end of the year.

Transportation jumped from eighth to fourth among large agencies this year on the Best Places to Work Rankings.

Dingman said the SEC chairman, along with his top executives at the agency, are holding town halls with employees.

“This is not a goal,” Kelly said. “This is simply, they need to be able to document that they are driving improvements and they can do that in a variety of ways. Again, it’s specific to their organization’s need.” 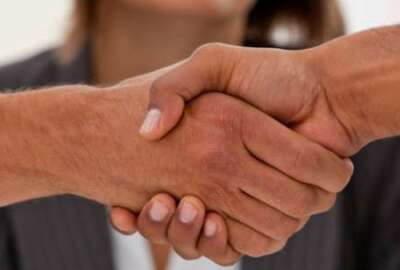 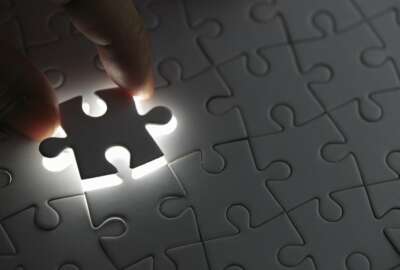