Individual, highly-used agency services often fare better than the government as whole. Customers gave the IRS and Medicare’s main hot lines, once they got through to a representative, a satisfaction score of more than 90%, according to the agencies.

The State Department’s Bureau of Consular Affairs received an 87% satisfaction score from customers applying for a passport.

But those positive scores aren’t indicative across all of government, and agencies often struggle to provide a consistent customer experience across all of their services.

That means agencies have an opportunity to raise their game, Max Stier, president and CEO for the Partnership, said Tuesday at an annual customer experience summit in Washington.

Here are some ideas and best practices — directly from the agencies attempting to improve their own customer experiences.

Assigning a senior executive or an experienced employee to oversee and track your agency’s progress in meeting specific customer experience goals can help, the Partnership said.

The trademarks office at the Patent and Trademarks Office assigned a GS-14 to manage and design a customer experience plan for the organization.

“We have built up a whole group around the customer experience administrator,” Mary Boney Denison, trademarks commissioner for PTO, said. “It just started with this one position and then we expanded it. We now have a team of web strategists and plain language writers who are helping us.”

The agency also developed a five-year customer experience plan and outlined six customer “personas,” which have helped PTO identify touch points and potential obstacles with its customer base.

At 3 agencies, here’s what customer experience overhaul looks like 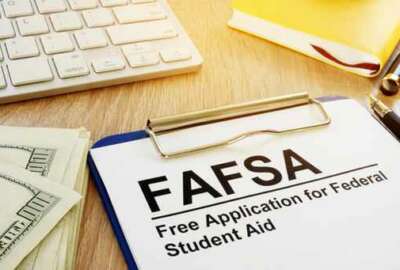 The IRS is embarking on a journey to improve its online services through a six-year integrated modernization business plan. The goal, the agency has said, is to change the way it does business and interacts with the public.

IRS Commissioner Chuck Rettig acknowledged the agency’s modernization initiatives could create change that might be uncomfortable for its employees.

Rettig said he wants the agency’s employees, who he refers to as “IRS ambassadors,” to be proud of where they work and what they do.

For Rettig, the drive to develop a culture of stellar customer experience is a personal one. His wife came to the United States as a refugee, and his in-laws don’t speak English.

Rettig said taxpayers like those in his family are most impacted by the IRS’ customer service delays, which were compounded further by the 35-day government shutdown earlier this year. The agency had to cancel some 16,000 taxpayer appointments during the lapse in appropriations, according to the National Taxpayer Advocate.

PTO also acknowledged culture change is necessary to achieve a better customer experience, up to and including its new hires. The agency began to screen new examining attorneys for characteristics and qualities of empathy, Denison said.

“We hired 83 new lawyers last year,” she said. “All of them were asked questions that gauged their empathy level, because they’re going to be speaking directly to the public. If you don’t have empathy then you’re not going to probably be very good at the customer experience.”

The Education Department’s Federal Student Aid Office began a concerted effort to speak to students and borrowers about their experiences with the FSA a few years ago.

Students and borrowers helped FSA identify “pain points” within the organization, Mark Brown, chief operating officer for the agency, said. Based on those focus groups and conversations, FSA learned some 15-to-16% of applicants used their mobile phones to complete the Free Application for Federal Student Aid (FAFSA).

That feedback prompted FSA to launch a mobile version of the FAFSA last fall, Brown said.

More agencies should adopt FSA’s approach, the Partnership said, because many government websites are still riddled with complex language or confusing layouts.

In addition, social media can be another valuable tool, especially if agencies can use it to correct or clarify inaccurate information. TSA has been especially successful with this practice, the Partnership said.

Keep collecting data — and find a way to share it

Agencies are gathering their own, direct customer feedback instead of relying on outside surveys, which can’t often show comments immediately after a specific experience.

But agencies don’t or can’t often share this data, so it’s difficult for the public and other agencies to see how well they’re doing.

“That’s largely due to restrictions in the Paperwork Reduction Act,” Kathy Conrad, director of digital government for Accenture Federal Services, said. “It means that not only can the public not have the benefit of seeing the feedback that they provide on customer experience but it also means that agencies have a more difficult time … in being able to compare their experiences to those of peer agencies finding models that they may want to replicate.”

The Federal Agency Customer Experience Act, which cleared the Senate this summer, would overcome some of the burdens of the Paperwork Reduction Act. The bill would allow agencies to collect customer feedback through short, voluntary surveys developed by the Office of Management and Budget.

OMB, the Partnership said, could also help agencies collect and publish common customer experience measures, so organizations and the public can compare them.